With the airline industry grappling with  spiralling  costs, budget airline SpiceJet's chief Ajay Singh Monday indicated that fares could be hiked in the next few months. 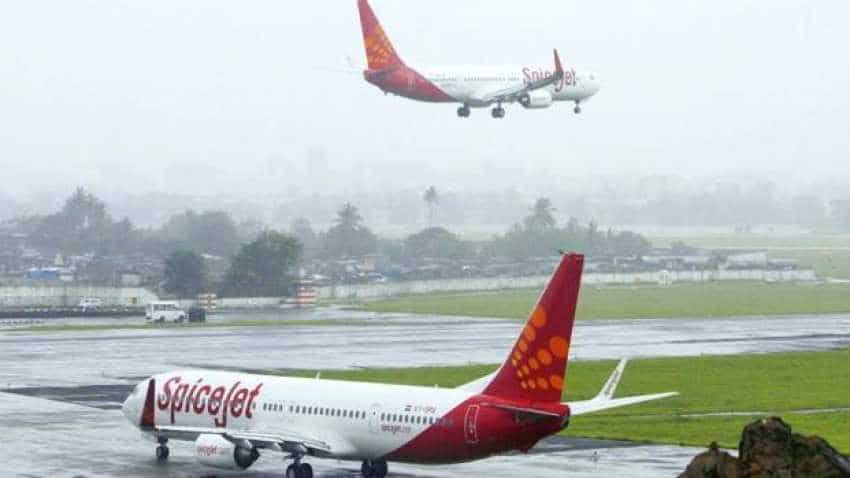 With the airline industry grappling with spiralling costs, budget airline SpiceJet's chief Ajay Singh Monday indicated that fares could be hiked in the next few months.

Preparing to launch its dedicated air cargo services from September 18, Singh also emphasised that increasing ancillary revenues is all the more important under "this situation where there is so much cost pressure".

Rising fuel prices, falling rupee and intense competition are taking a toll on the profitability of airlines. Aviation turbine fuel (ATF) accounts for a significant chunk of an airline's operational expenses.

Against this backdrop, Singh said there is a need to rationalise costs.

"There is no question about it. At SpiceJet, I think the biggest initiative we are taking is to induct the (Boeing 737) MAX aircraft, which burns 15 per cent less fuel, which is far lower in terms of engineering costs of that aircraft," the Chairman and Managing Director of SpiceJet said here.

Airlines have also sought reduction in taxes and duties related to the aviation sector.

"It is also important that we increase yield and pass on some of the costs increases to the customers. We hope that can happen in the next few months," Singh said.

On September 4, IATA Director General and CEO Alexandre de Juniac said the steep rise in fuel prices and fall in the rupee value are putting "acute pressure on profits" of airlines in the country. The International Air Transport Association (IATA) is a grouping of more than 280 airlines.