Amazon and Flipkart has just concluded their almost a week-long festival sales. Both claims to have bagged the largest market share. 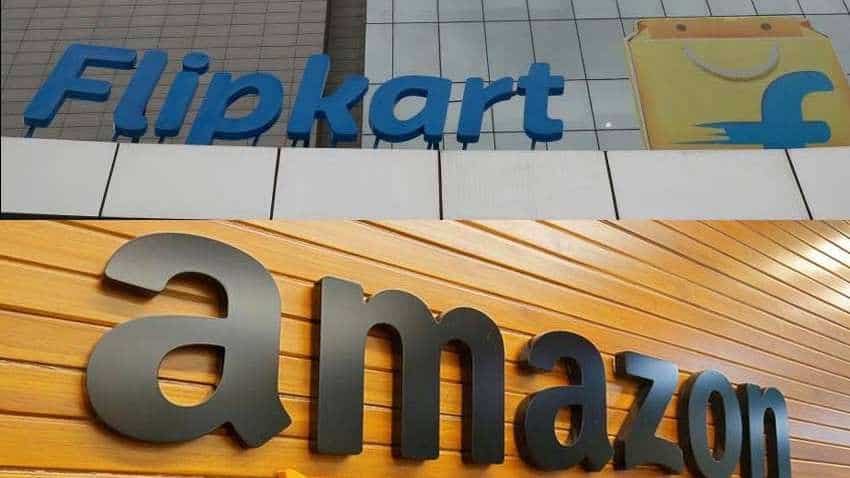 Amazon vs Flipkart: When contacted, an Amazon spokesperson termed the report as "speculative" that "lack robust and credible methodology".
Written By: PTI
RELATED NEWS

Flipkart vs Amazon: Increased buying in smartphones and fashion verticals helped Walmart-backed Flipkart corner over 50 per cent share during the first leg of the festive sale, according to research firm RedSeer Consulting.

As per RedSeer's latest report, Flipkart had a 51 per cent share, while Amazon.In had 32 per share of the festive sale from October 9-14.

"Flipkart accounted for more than half of GMV for the entire industry. Between Flipkart and Amazon, the share was 62-38. Higher share for Flipkart was driven by higher sales in both mobiles and fashion verticals," RedSeer said.

When contacted, an Amazon spokesperson termed the report as "speculative" that "lack robust and credible methodology".

"We received an overwhelming response to the Great Indian festival, with first 36 hours nearly surpassing the entire first wave last year and the entire wave growing by 96 per cent versus last year...The festive season so far has exceeded our most aggressive plans," the spokesperson added.

Other players like Snapdeal, Paytm Mall and ShopClues also ran their festive offers and accounted for 17 per cent share of the sales.

Flipkart in a statement said the company "pushed the boundaries on many fronts and hit some of our biggest-ever numbers during its Big Billion Days (BBD).

"We maintained a clear leadership in deep-penetrated and high ASP categories," it added.

As per the RedSeer report, the fashion and smartphone verticals grew by 78 per cent and 70 per cent, respectively.

However, consumer electronics grew by only 45 per cent despite large investments by both players in supply chain and affordability initiatives like debit card EMIs, it added.

RedSeer said its report is based on interview with experts from supply chain, banking ecosystem and brands, seller views, customer surveys and other research.

The report said Day 2 of the five-day sale was the biggest in terms of gross merchandise value (GMV) as it saw the launch of multiple new exclusives in mobile phones and offers on other platforms as well.

Post second day, the growth of GMV stalled a bit with last three days accounting for only 42 per cent of sales compared to 60 per cent in the first two days, it added.