Revenue from mobile advertising accounted for about 84 percent of the ad money taken in by Facebook during the quarter, up from 78 percent during the same three-month period last year, according to the social network. 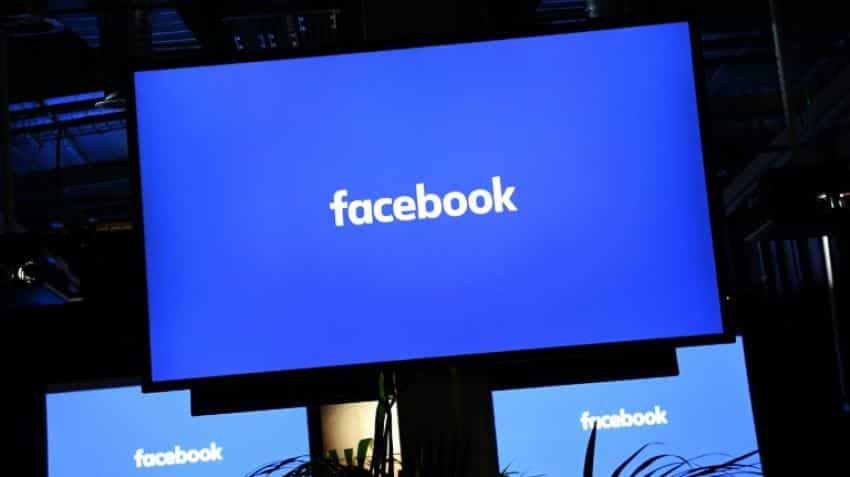 While Facebook topped Wall Street expectations in the quarter, shares dove more than eight percent to $116.54 after an earnings call during which executives warned that revenue growth should be more tempered next year and that the company planned to invest heavily in engineers and data-centers for long-term goals.

"People were expecting them to hit it out of the park, and it is hard to sustain that," Silicon Valley analyst Rob Enderle of Enderle Group said of the market reaction to what appeared to be a stellar earnings report.

Profit leapt 166 percent to $2.4 billion on revenue that surged to $7 billion from $4.5 billion during the same period a year earlier, third quarter results showed.

"We had another good quarter," Facebook co-founder and chief executive Mark Zuckerberg said in the earnings release.

Eye on the future

Zuckerberg has laid out a long-term vision for Facebook that includes virtual reality, artificial intelligence, and even providing internet service to remote areas using self-flying drones.

The social network had an average of 1.79 billion monthly users as of the end of September in a 16 percent jump from a year earlier, according to the earnings report.

Revenue from mobile advertising accounted for about 84 percent of the ad money taken in by Facebook during the quarter, up from 78 percent during the same three-month period last year, according to the social network.

Facebook has become a powerhouse in online advertising, getting traction from new formats on mobile and its ability to glean data to deliver personalized or targeted marketing messages.

The research firm eMarketer estimates that worldwide ad revenues at Facebook will reach nearly $26 billion this year, up from $17.08 billion in 2015, and hit more than $33 billion in 2017.

It is also starting to bring in ad revenue from its Instagram photo- and video-sharing application.

Facebook recently took direct aim at video-loving adolescents, and Snapchat, with the release of a Lifestage iPhone app that allows teens to watch clips about the lives of their classmates.

Video sharing has been among nearer-term priorities for the Silicon Valley-based company, which has seen sharing of that kind of content climb.

"People are creating and sharing more video," Zuckerberg said during an earnings call.

"It is pretty clear video is only going to become more important."

The number of people broadcasting video in real time using a Facebook Live feature launched earlier this year has already quadrupled, according to Zuckerberg, who did not disclose numbers.

He said Facebook is experimenting in some markets with new ways to use smartphone cameras to directly share video at the social network or in its messaging applications such as WhatsApp.

Facebook is also testing an online Home venue designed as a place specifically for video.

Facebook is among internet giants which have made artificial intelligences a priority, seeing it as a way to make features better understand and cater to needs of users.

"Facebook seems to be focused like a laser on improving their overall operations and making sure their revenue never dies," analyst Enderle said.

"That all bodes well for Facebook longterm; they are not just sitting back."