Hans Fischer, MD & CEO of Tata Steel in Europe, said, "Modest forecasted growth in European steel demand this year is still being undermined by increased imports which is leading to continued declines in domestic deliveries. That's why its vital we continue every effort to improve our competitiveness." 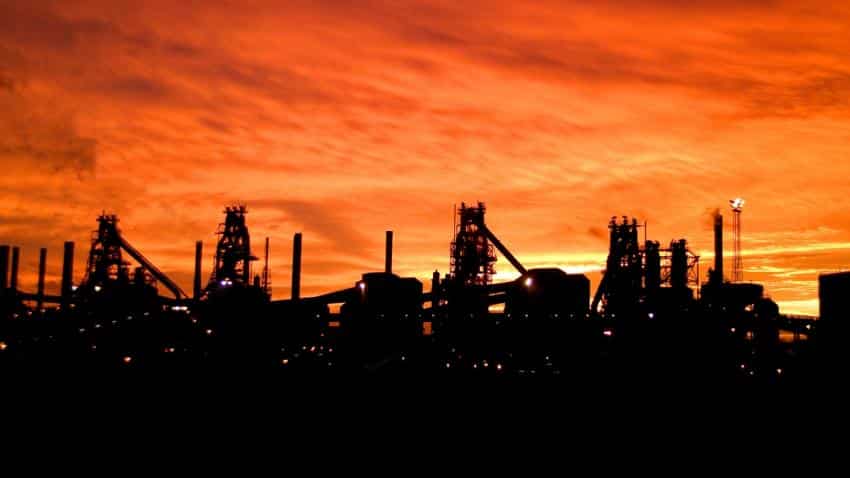 Leading steel-maker Tata Steel on Monday said that its European steel mills will continue to remain under pressure from imports.

China to blame for imports?

China produces about half of the globe`s steel output and is accused of flooding the world market with oversupply sold at below cost in violation of global trade rules.

Hit by the crisis in steel industry had led Tata Steel to put its loss-making British operations up for sale in March, leaving thousands of jobs at risk.

Hans Fischer, MD & CEO of Tata Steel in Europe, said, "Modest forecasted growth in European steel demand this year is still being undermined by increased imports which is leading to continued declines in domestic deliveries. That's why its vital we continue every effort to improve our competitiveness."

As per the regulatory filing submitted by the company, it expects supply pressure from imports to continue.

As we had reported earlier, overcapacity and weak steel prices have piled pressure on Tata Steel , which is in merger talks with German conglomerate Thyssenkrupp.

The Chinese steel sector has added about a billion tonnes of capacity since 2000, helping to take global excess capacity to about 700 million tonnes.

The debt of the top 30 companies is dwarfed by China`s steel sector debt, estimated at $500 billion.

However, on the quarterly basis, the net loss has been narrowed from Rs 3320 crore.

T V Narendran, Managing Director of Tata Steel said, "Seasonal headwinds and a slowdown in a large steel consuming sector like real estate affected steel demand in the quarter. While regulatory changes have supported stem the flood of imports, domestic supply has increased and added to the competitive pressure.

In Europe, the EBITDA rose to Rs 856 crore compared to a loss of Rs 325 crore during the same period previous year.

In March, the company had decided to sell its UK business, after reporting years of losses, before the UK's decision to step out of European Union.

After various discussions with the interested buyers, the company in July decided not to go ahead with the sale of UK business. Instead, it aimed to cut costs by 100 million pounds.

In June, it completed the sale of 4.5 million tone of long products division to Greybull Capital.

However, in the regulatory filing released by the company yesterday, it again hinted that it may look selling the UK business.

Koushik Chatterjee, Group Executive Director, said, "With the completion of the Long Products divestment, Tata Steel Europe will focus on being a premium strip player and the management and employees of

Tata Steel Europe continues to strive to structurally improve the business performance. The strategy for exploring further strategic consolidation in Europe is a step in that direction. Tata Steel UK also continues to be engaged with several stakeholders including unions, the Trustee and the UK government to find a structural solution to the pension exposure of the UK business."

The company in the filing said that the EU economy is expected to continue to grow gradually though UK's stronger growth may slow down following the referendum result.

The weaker pound is expected to improve UK's short term competitive position on exports, however it will add cost pressure due to higher cost of raw materials purchased in US dollars.

The company also expect the EU steel demand to increase by 1.1% in 2016 in line with modest economic growth.

Talking about the company's outlook, Fischer, said, "We are making progress as a result of business improvement initiatives and the restructuring announced last year. We remain committed to investing in our customers through new product development and enhancing our manufacturing capability. In July, we started construction of a new slab caster in IJmuiden which will enable us to make more higher-strength steels, particularly for car manufacturers."