Passenger demand to and from Etihad's 10 gateways in India remained strong, despite the removal of capacity and feeder services previously provided through Jet Airways. 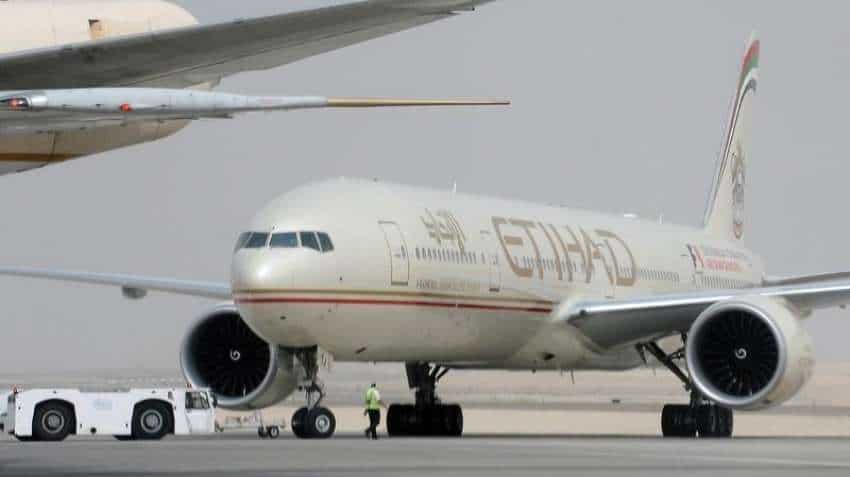 Wings clipped! Big coronavirus decision by Modi government - All you need to know

Aviation advisory in India: DGCA announces slew of measures for airlines, airports on social distancing in times of coronavirus

Passenger demand to and from Etihad's 10 gateways in India remained strong, despite the removal of capacity and feeder services previously provided through Jet Airways, and the airline added seats in these markets early in 2019, the Abu Dhabi-based airline has said. Etihad announced 32 per cent improvement in core operating performance for 2019, on revenues of USD 5.6 billion (2018: USD 5.9 billion).

Losses were significantly reduced to USD 0.87 billion (2018: USD -1.28 billion). This result is better than Etihad's internal plan for 2019. The airline's transformation programme has seen cumulative core operating performance improved by 55 per cent since 2017. Passenger routes were rationalized at the end of 2018 to optimise the network and improve revenue quality. Etihad carried 17.5 million passengers in 2019 (2018: 17.8 million), with a 78.7 per cent seat load factor (2018: 76.4 per cent) and a decrease in passenger capacity (Available Seat Kilometers (ASK)) of 6 per cent (from 110.3 billion to 104.0 billion).

Tony Douglas, Group Chief Executive Officer, Etihad Aviation Group, said: "Operating costs were reduced significantly last year and both yields and load factors were increased despite passenger revenues being down due to network optimisation. An improvement to the cost base significantly offset the cost pressures faced by the business, giving us headroom to invest in the guest experience, technology and innovation, and our major sustainability initiatives.

"There's still some way to go but progress made in 2019, and cumulatively since 2017, has instilled in us a renewed vigor and determination to push ahead and implement the changes needed to continue this positive trajectory.

On-time performance was the best in the region at 82 percent for flight departures and 85 per cent for arrivals in 2019, completing 99.6 per cent of scheduled flights across its network. Etihad's global route network stood at 76 destinations at the end of 2019.

Frequencies were increased on key routes such as London Heathrow, Riyadh, Delhi, Mumbai, and Moscow Domodedovo. The Airbus A380 was introduced on Seoul flights and the Boeing 787 Dreamliner was introduced to Hong Kong, Dublin, Lagos, Chengdu, Frankfurt, Johannesburg, Milan, Rome, Riyadh, Manchester, Shanghai, Beijing and Nagoya.

Wings clipped! Big coronavirus decision by Modi government - All you need to know

Aviation advisory in India: DGCA announces slew of measures for airlines, airports on social distancing in times of coronavirus