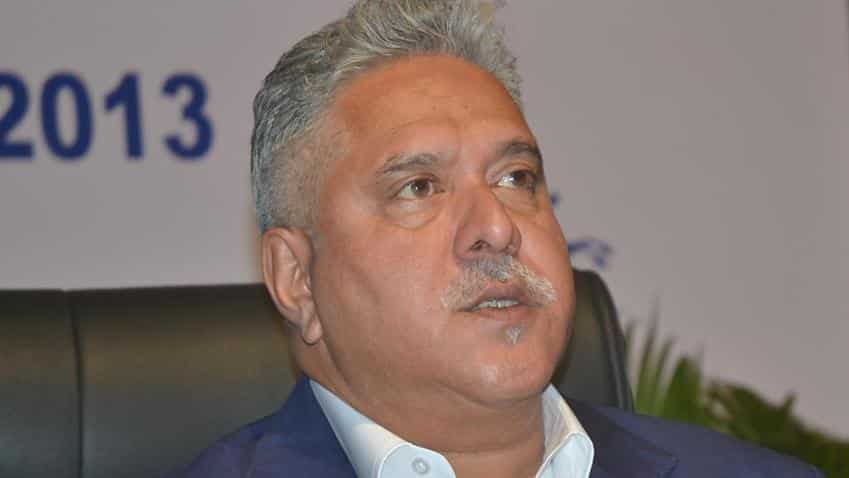 Officials said orders for the fresh attachment of "frozen and pledged shares" have come into force with the pronouncement of the court order on Thursday. Image Source: IANS

With a special Prevention of Money laundering Act (PMLA) court allowing its plea for further attachments, Enforcement Directorate (ED) has seized under CrPC laws fresh assets worth Rs 1,620 crore of liquor baron Vijay Mallya in connection with its money laundering case against him and others.

Officials said orders for the fresh attachment of "frozen and pledged shares" have come into force with the pronouncement of the court order on Thursday and the agency will soon serve the copies of the order to all the stakeholders involved in the case, including Mallya.

The special PMLA court of judge P R Bhavake here had yesterday declared Mallya a 'proclaimed offender' and directed the ED to attach movable properties which were listed by the agency in its plea to the court.

"The total value of these movable assets that have been seized is worth Rs 1,620 crore. This seizure is carried out under the provisions of the Criminal Procedure Code (CrPC) and will be over and above the two earlier attachments worth Rs 8,041 crore issued under anti-money laundering laws," an official said.

The court had yesterday ordered ED that frozen and pledged shares belonging to Mallya be attached by way of seizure and by prohibiting the delivery of such property to the accused or any other person on his behalf until further order.

The court had, however, rejected ED's request for attachment of the liquor baron's overseas properties.

The agency had moved the court last month seeking that Mallya be declared a proclaimed offender and his properties be attached as he did not comply with a proclamation order issued against him in June requiring him to appear before the court.

ED had sought an order from the court under section 82 (proclamation of absconding person) of CrPC as several arrest warrants were pending against him.

A person against whom a warrant has been issued can be declared a proclaimed offender if the court believes that he or she has absconded or is evading execution of warrant.

ED wanted Mallya to join the investigation "in person" in connection with probe under the PMLA, and in cases related to a Rs 900-crore loan from IDBI Bank.

It had said it had exhausted other legal remedies like seeking Interpol arrest warrant and getting his passport revoked to make Mallya join the probe.

The total attachment made by the agency in this case has now shot up to Rs 8,041 crore as it had attached assets worth Rs 1,411 crore and Rs 6,630 crore a few months back.

This is one of the largest attachment of assets made by ED in a PMLA case till now.

Recently, courts had issued two non-bailable warrants (NBW) against Mallya in separate criminal cases, with both courts observing that he neither had any regard for law, nor any intention to return to India.