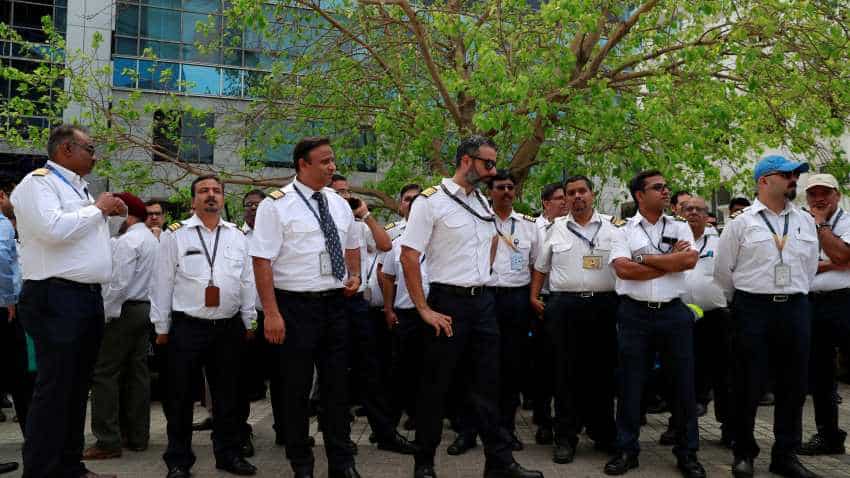 The SBI Caps officials told the employee representatives that the financial situation of the company in terms of outstanding liabilities is extremely precarious. Image source: Reuters

The SBI-led lenders will consider the bid of employee-investor consortium for taking over grounded Jet Airways only after the current stake sale process is complete and if there is no a buyer. The last day for submitting financial bids is May 10. Senior executives representing a section of grounded Jet Airways employees met SBI Caps officials on Thursday to discuss their earlier proposal to take over management control of the airline and rope in outside investors to commit Rs 3,000 crore.

"The SBI Caps team stated that lenders may review the status and consider any other options or proposals, including our employee ownership proposal, after conclusion of the bidding, and if the said process does not provide a satisfactory solution," said a statement issued by employee representatives.

The SBI Caps officials told the employee representatives that the financial situation of the company in terms of outstanding liabilities is extremely precarious.

Lenders of Jet Airways led by SBI are currently in the process of selling the airline to recover their dues of over Rs 8,400 crore. SBI Caps, the merchant banking arm of SBI, is overseeing the stake sale process.

Private equity firm TPG Capital, Indigo Partners, National Investment and Infrastructure Fund (NIIF) and Etihad Airways are in the race to buy a stake in the grounded Jet Airways.

Sensing that the options to revive the grounded Jet Airways are fast running out, a group of airline employees had on April 29 proposed to bid for management control of the airline. They claimed to secure a funding of Rs 3,000 crore from outside investors.