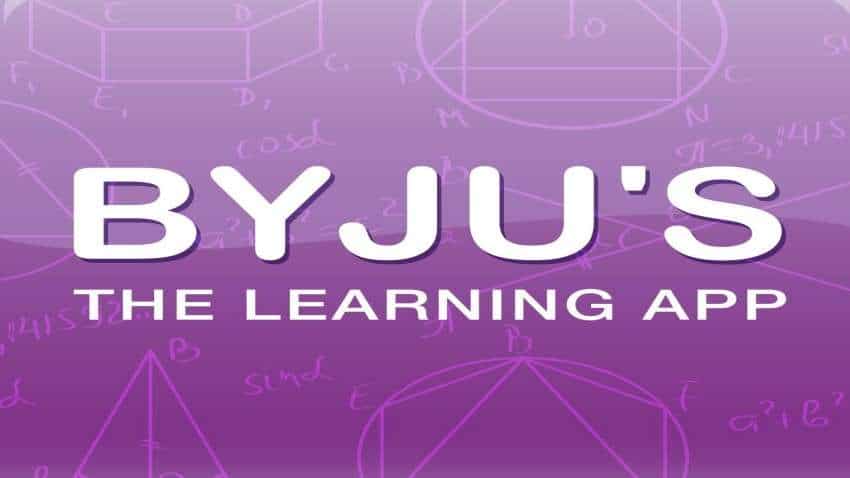 According to Byju’s, it has 115 million students on its learning platform. Image source: Byju’s facebook page

The acquisition will help the homegrown edtech company - which has 115 million students on its learning platform - integrate GeoGebra's capabilities to enable the creation of new product offerings and learning formats to its existing mathematics portfolio, a statement said.

The company, however, did not disclose the value of the deal.

GeoGebra - which has a dynamic, interactive and collaborative mathematics learning tool - will continue to operate as an independent unit within the Byju's group under the leadership of its founder and developer Markus Hohenwarter.

"The GeoGebra team has built a powerful and stimulating platform that complements Byju's mission of providing impactful learning for students. Designed to improve mathematical understanding, it offers significant features that provide interactive resources that adapt to every child's style and pace of learning," Byju's Chief Strategy Officer Anita Kishore said.

Kishore added that with GeoGebra on board, the company will "continue to further enhance, reimagine and transform the way Math is taught and learned".

"Together with our combined strengths, we will have a wider reach and the best resources to build innovative and exciting next-generation learning formats,” she said.

GeoGebra has a community of over 100 million learners across more than 195 countries, brings together geometry, algebra, spreadsheets, graphing, statistics and calculus in one easy-to-use format. The curriculum is available in multiple languages for students around the world.

"GeoGebra was born out of a passion to help students learn math in a visually appealing and engaging manner. Our shared passion for learning and teaching resonates with Byju's, making them a perfect partner for our onward journey," Hohenwarter said.

This partnership will help millions of students learn mathematics in an interactive way, in turn making them overcome their fear of math and learn to master it, he added.

Launched in 2015, Byju's has over 115 million students cumulatively learning from the app and 7 million annual paid subscriptions.

In September, Byju's had announced the acquisition of K-12 creative coding platform, Tynker for an undisclosed amount. In July, Byju's had acquired US-based digital reading platform Epic for USD 500 million (around Rs 3,729.8 crore), and had announced an additional USD 1 billion (about Rs 7,459.7 crore) investment over the next three years in the North American market to expand its operations there.

Flush with funds, Byju's has been on an acquisition spree, buying Aakash Educational Services Ltd (AESL) for about USD 1 billion to bolster its presence in the test preparation segment in April this year.

In July, it acquired Singapore-headquartered Great Learning for USD 600 million (about Rs 4,466 crore), and announced an investment of an additional USD 400 million to strengthen its position in the professional and higher education segment. Post that, it acquired Epic.