Philips India, the Dutch consumer electronics brand, has approached the National Company Law Tribunal (NCLT) to buy its 22,27,000 shares or 3.87% stake held by non-promoter public shareholders. The company's buyout scheme has been technically filed as 'capital reduction' under section 66 of the Companies Act. 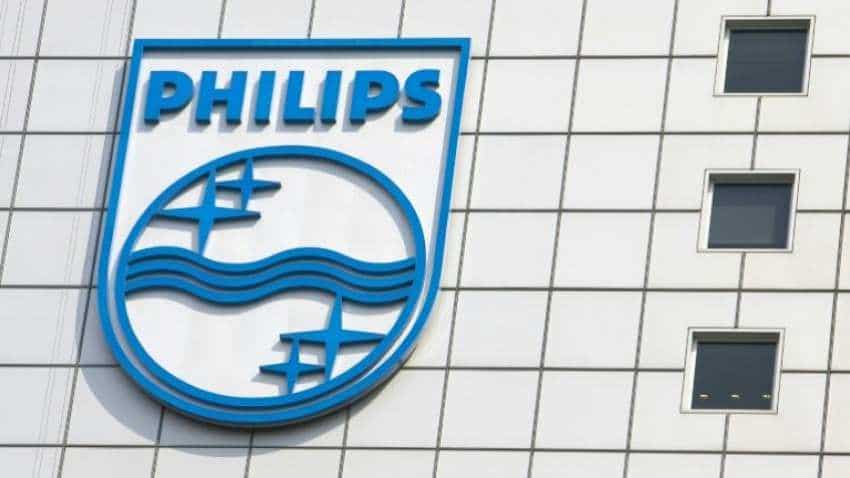 Philips India, the Dutch consumer electronics brand, has approached the National Company Law Tribunal (NCLT) to buy its 22,27,000 shares or 3.87% stake held by non-promoter public shareholders. The company's buyout scheme has been technically filed as 'capital reduction' under section 66 of the Companies Act.

If the Kolkata bench of NCLT gives its approval, which is likely by November, Philips India would be able to then immediately buy out its handful of minority shareholders and, therefore, give its global parent Koninklijke Philips NV and its associate outfits take 100% control of its Indian arm.

The buyout process has valued Philips India at Rs 3,321 crore or Rs 560 a share.

According to reports filed by the company, Price Waterhouse & Co has arrived at a valuation ranged between Rs 3,340 crore and Rs 3,340 crore.

Listed on the Indian bourses till 2004, the Indian arm of Philips delisted its shares by buying out its shares from minority public shareholders, except few who refused to tender their shares.

Since then and notably in 2008, Koninklijke Philips tried to gain 100% of its Indian profitable arm but failed repeatedly.

But now after bagging the approval of 99.63% of its shareholders, Philips is set to get full ownership control of its Indian operations.

The opposition to tender their shares has benefitted the minority shareholders immensely, as the value of shares in the buyback 14 years ago has grown five times since then from Rs 105 a share in 2004 to Rs 260 in 2008 to Rs 560 now.

"While we continue to oppose the price as we believe the company and, particularly, its properties are hugely undervalued, the resolution has been passed through as there is little point in putting up the fight for long. The company has already disposed off its key business of lighting," a minority shareholder said.

Over the years, Philips India has shrunk its business, especially in FY16 when it divested its lighting division which has a major presence in high-end LED and lighting fixtures segment.

Even then, Philips is now left with its growing consumer appliances and personal care products like air-fryers and body grooming products like electric shavers.

It also has a strong presence in medical diagnostic devices like CT scanners and ultra-sound.

In the past, minority shareholders of multinational corporations like Cadbury India or Reckitt Benckiser too had refused to budge during the process of delistings and full buyouts, while in some cases the fight for higher payouts had dragged on for years.