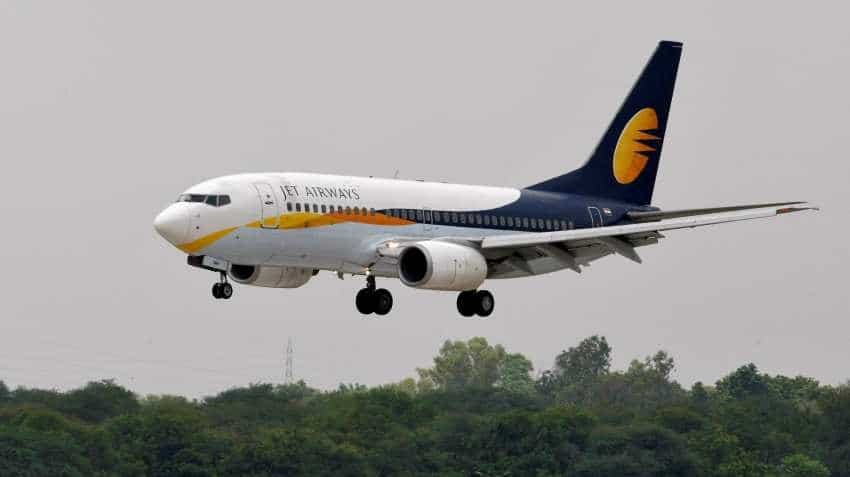 Aviation regular DGCA on Tuesday said that Jet Airways only has 41 aircraft in its fleet for operations and that there may be further attrition in the fleet size and flights ahead. The Directorate-General of Civil Aviation (DGCA) made the disclosure after meeting Jet Airways` representatives here. "DGCA reviewed the performance of Jet Airways on operational, airworthiness & passenger facilitation today.

"Current availability of aircraft in the fleet for operation is 41 and accordingly, a schedule for 603 domestic flights and 382 international flights has been drawn. However, it is a dynamic situation and there may be further attrition in coming weeks," a DGCA statement said.

According to the statement, the DGCA instructed the airline to comply with the relevant provisions of the applicable CARs (civil aviation rules) for facilitation of passengers regarding timely communication, compensation, refunds and providing alternate flights, wherever applicable.

"DGCA is ensuring that all aircraft in the fleet whether in operation or on ground are maintained in accordance with Approved Maintenance Programme (AMP)," it said.

Jet was also directed to ensure that no pilots/cabin crew/aircraft maintenance engineers, who had reported stress of any nature, be rostered on duty. "Additionally, all such staff should be current with all mandatory training requirements."

The development comes after Civil Aviation Minister Suresh Prabhu on Tuesday directed senior officials to hold an emergency meeting on the grounding of flights by Jet Airways.

"Directed Secretary, MoCA, to hold an emergency meeting on grounding of flights by Jet Airways, advance bookings, cancellation, refunds and safety issues, if any."

"Asked him to get a report on Jet compliance issues immediately from DGCA," Prabhu tweeted.

His direction came a day after passengers were left stranded at Abu Dhabi as Jet Airways cancelled flights. The cash-strapped carrier, which has been forced to ground over 40 aircraft of its fleet due to non-payment of amounts outstanding to lessors, is regularly grounding aircraft as it is unable to pay the dues.

Industry sources say that the airline has grounded over 50 per cent of 123 aircraft strong fleet.

On Monday too, following a similar pattern, Jet Airways informed the BSE that four aircraft were to be grounded due to non-payment of amounts outstanding to lessors.