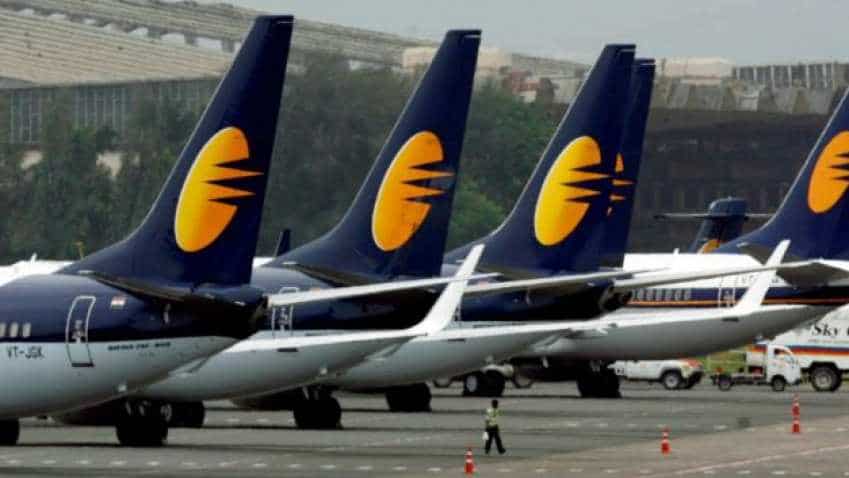 Aviation regulator DGCA may bar beleaguered carrier Jet Airways from taking advance bookings beyond a particular period amid a drastically reduced capacity and massive flight cancellations, an official said Thursday.
As per the official, Jet Airways has been flying only 61 of the 116 planes it has in the fleet, forcing it to cancel as much as 45 percent of its total flights per day. Jet Airways operates over 600 flights within Indian and overseas.

"We may ask Jet Airways not to accept forward bookings beyond a particular period," a senior DGCA official told PTI Thursday. The comments came in the wake of the full service carrier announcing on its website sale at an starting all-inclusive fares of Rs 1,165 for travel to 37 domestic destinations with one-year travel period validity under a discount scheme.

For record, the directorate general of civil aviation (DGCA) had taken a similar action against budget carrier SpiceJet in late 2014 when it was on the verge of closure. At that time, it allowed SpiceJet to sell tickets only for travel within a month. The official also said that a final decision on the issue will be taken after seeking a report from Jet Airways.

Meanwhile, the DGCA will review flight schedule of the cash-starved carrier at a meeting Friday. A senior official last month said the DGCA is reviewing the airline's flights schedule every 15 days in order to ensure that there are no sudden flight disruptions due to grounding of aircraft.

In addition to offering flight tickets at starting fares as low as Rs 1,165, the airline is also offering 10 percent discount on flight bookings for four or more passengers travelling together, as per Jet Airways website. It has, however, not given any cut-off date for booking tickets under the offer. "The tickets are valid for 12 months from the date of commencement of journey," according to the website.

The Naresh Goyal-promoted carrier has been looking at various ways to raise funds amid acute liquidity crunch that has forced it to ground aircraft, cancel flights in large numbers, shut down stations and delay salary payments to its pilots and engineers along with other senior staff.

On March 8, Jet Airways chairman Naresh Goyal wrote to Etihad Airways Group CEO Tony Douglas seeking an urgent funding of Rs 750 crore under an MoU signed between various stakeholders. In the letter, Goyal also said "Jet Airways is in a very precarious position, with more than 50 aircraft grounded and increasing arrears of vendors and salaries which makes the need for interim funding all the more imperative."