A tier-4 datacentres has assure 99.995 per cent uptime implying maximum of 26 minutes downtime in a year. It requires almost double the investment done in tier-3 data centre, which can have downtime of up to few hours in a year. 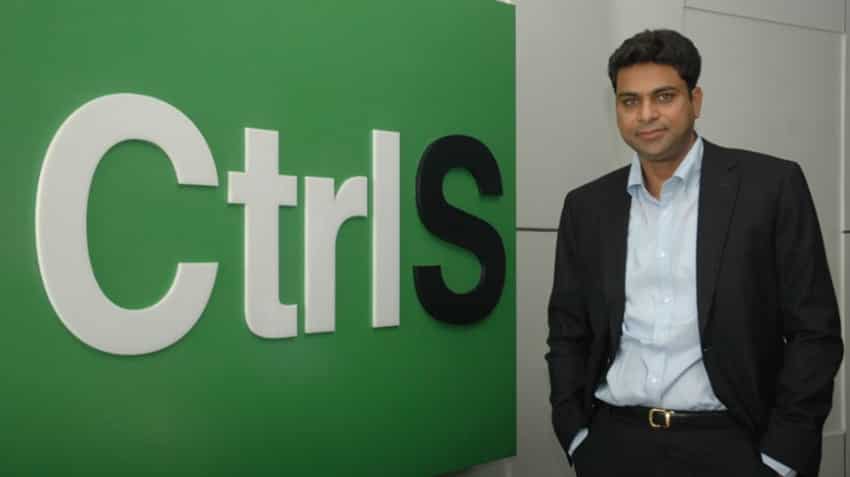 The CEO said the firm will fund its expansion mostly from internal accruals and partly with debt funding. Photo: Website
Written By: PTI
RELATED NEWS

New Delhi: Hyderabad-based technology infrastructure provider CtrlS plans to set up world's largest tier-4 datacentre footprint in India by 2020 with an investment of Rs 2,000 crore, according to a top company official.

The company plans to set up 150 megawatt hyperscale datacentre in Hyderabad that will be spread across two million square feet, a 100 MW similar facility in Mumbai and a 70 MW set-upin Chennai - spread over around a million square feet each, CtrlS Datacenters, founder and CEO , Sridhar Pinnapureddy told PTI.

"The demand for data storage has boomed in the country and data localisation is also creating huge demand for hyperscale datacentre in India. We will start building new tier-4 datacentre in Mumbai from March, Hyderabad facility from around May-June and Chennai in last quarter of 2019. Total investment will be around Rs 2,000 crore,"Pinnapureddy said.

He said that all the datacentres will be functional in 2020.

A tier-4 datacentres has assure 99.995 per cent uptime implying maximum of 26 minutes downtime in a year. It requires almost double the investment done in tier-3 data centre, which can have downtime of up to few hours in a year.

The CEO said the firm will fund its expansion mostly from internal accruals and partly with debt funding.

"With addition of around 4 million square feet, CtrlS will emerge as World's largest Tier-4 datacentre entity to cater to need of emerging technologies. World's 90 per cent data has been generated in last 1,000 days. This part Indian data localisation policy will lead to large growth of data in India as most of the overseas companies operating inbanking," Pinnapureddy said.

The company already has 1 million square feet datacenters, which includes two tier-4 facility in Mumbai, two tier-4 in Hyderabad, one tier-4 in Noida and a tier-3 datacenter in Chennai.

"The largest Tier-4 player would have a footprint of approximately one million square feet. However, CtrlS will soon enjoy a cumulative footprint of five million Tier-4 datacenter space spread across 10 datacenters in India ? thereby emerging as the world's largest tier-4 datacenter," CtrlS Datacenters, VP-marketing, B S Rao said.

He said that CtrlS currently serves 20 of the Fortune 100 global multi-national companies.

According to a Cushman and Wakefield report, the global datacenter market is dominated by the Americas with 40 per cent of market share or USD 68 billion in investments followed by Europe and Russia together at 32 per cent or USD 54 billion.

It projects that India will be a USD 4.5 billion datacenter market by 2018 and will reach USD 7 billion by 2020. Its 350 million smartphone users, 258 million social media users, and 224 million digital buyers are also contributing to growth of data.

Besides, the Asia-Pacific market is growing rapidly with a 25 per cent market share at USD 42 billion driven by the demand from emerging economies with huge populations such as China, India, and Indonesia.