The Uday Kotak-led government- appointed board of crippled infra lender IL&FS group Wednesday informed government and NCLT that it expects to complete the resolution process, in stages over the next two-three quarters and hinted at corrupt practices by the previous management. 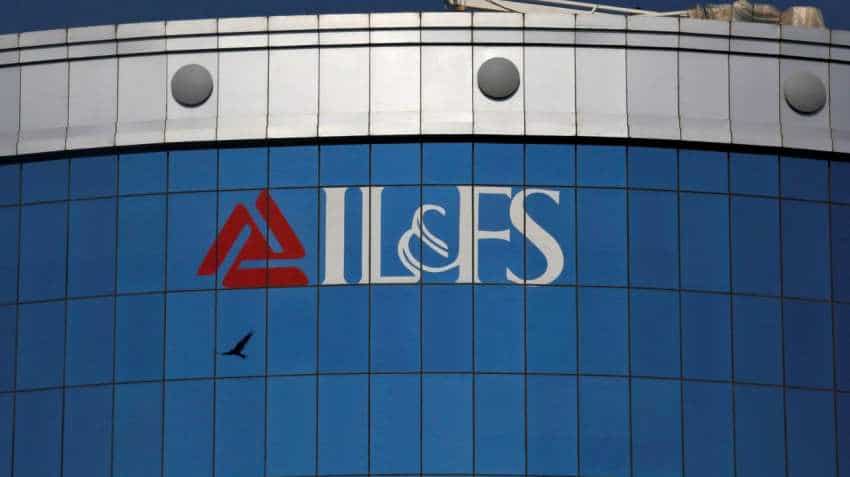 IL&FS said the new board is facing significant challenges arising from lack of reliable information and gaps in the data in working towards a resolution plan for the group. Image source: Reuters
Written By: PTI
RELATED NEWS

The Uday Kotak-led government- appointed board of crippled infra lender IL&FS group Wednesday informed government and NCLT that it expects to complete the resolution process, in stages over the next two-three quarters and hinted at corrupt practices by the previous management. The resolution plan submitted to the bankruptcy court and the government also hinted at non-transparent and illegal tractions by the previous management in selling a group entity in June 2017 and that the audit commit will conduct a special audit of the books of the key group companies.

After a month of market mayhem following the crisis at the diversified Infrastructure Leasing & Financial Services (IL&FS), the government had on October 1, in a Satyam Computers style rescue, superseded its board and appointed a seven-member board headed by Kotak as the chairman. Following this, the government moved the National Company Law board for approval which on the same day asked the new board to submit an interim revival plan by October 31.

"The new board will follow due processes in finalisation and implementation of the resolution plans and expects to complete the process in stages and parts over the next six to nine months, subject to market and economic conditions," the company informed the NCLT, Mumbai through the interim roadmap or resolution plan, which was also submitted to the corporate affairs ministry.

About the alleged corruption in the group, the board informed the NCLT that "a certain asset of the group was transferred from one group entity to another group entity in June 2017 at a value of Rs 30.8 crore for cash based on an independent fair valuation, and in just about a year, a committee of directors resolved to sell this to a third party for Rs 1 crore, the reasons for which the board finds are inadequately supported."

IL&FS, represented by counsel Sanjay Shorey, submitted the plan that consists of a micro-level picture and the resolution plan and the way forward to a bench of judges VP Singh and Ravikumar Duraisamy. "This blue print is the hope and it has to be realised," Shorey informed the judges.

At the October 12 meeting, the board appointed its nominee directors on eight of IL&FS' subsidiaries which number as many as 347. Kotak had told a press conference then that the number of subsidiaries is more than double of what was initially told at 348 of which over 100 are overseas arms. Similarly, today the board also pegged the total debt of the group by over Rs 3000 crore at Rs 94,215.6 crore as of October 8, as per the filing.

The company said the new board is facing significant challenges arising from lack of reliable information and gaps in the data in working towards a resolution plan for the group. The board said it is unable to validate whether due processes and transparency have been followed by the previous management in pursuing various asset monetisation activities, which was initially pegged at worth Rs 30,000 crore.

The board also said the previous management had no central financial control function, and so it has put in place a mechanism under which any payment of Rs 1 crore and above will need approval from the managing director. The board also said as per a preliminary analysis of the financial statements of IL&FS Financial Service for the last three financial years, the company had outstanding loans and investments to group companies to the tune of Rs 5,728 crore, Rs 5,127 crore, and Rs 5,490 crore in FY16, FY17 and FY18 respectively.

"Prima facie these appear to be significantly in excess of permissible norms, in all of the three years," the report showed. The audit committee is considering initiation of a special audit of past management actions that are likely to have adverse commercial and governance implications, it said, adding the board has decided a 10 per cent salary cut for all employees with a cost to company of Rs 50 lakh and above.

There were 69 superannuated employees who were retained as consultants, and the board has now decided discontinue with them. The new board, in its October 22 meeting, had appointed three advisors to formulate and execute a resolution plan for the debt-ridden company. While Arpwood Capital and JM Financial are the financial and transaction advisors, Alvarez & Marsal is the restructuring advisor to the board. The bench has fixed next hearing in the matter on December 3.