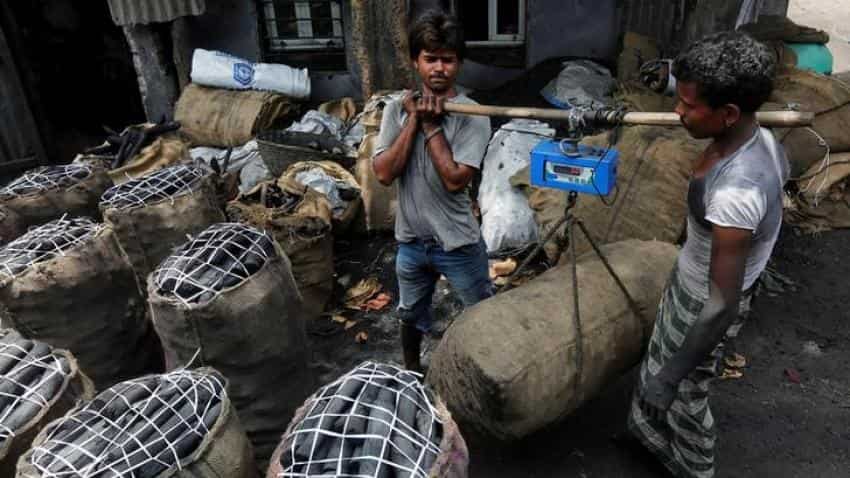 Workers weigh a bag of coal outside a warehouse in an industrial area in Mumbai. Photo: Reuters
Written By: Reuters
RELATED NEWS

Coal India Ltd, the world`s largest miner of the dirty fuel, will generate 1 gigawatt (GW) of renewable electricity this year as part of its plan to produce as much as 10 GW clean power in total, a federal minister said on Thursday.

"This is a contribution towards a better planet, towards greening the country and greening the world," said Piyush Goyal, Minister for Coal, Power and Renewable Energy, at an event.

"It`s a little bit of a contradiction that I have to keep the coal industry also going while I ensure large-scale outreach in the renewable sector ..."

He did not give a timeline for Coal India`s 10 GW target.

The renewable energy industry is already booming in India. Solar power generation capacity has more than tripled in three years to over 12 GW, as Modi targets raising energy generation from all renewable sources to 175 GW by 2022.

"Certainly in the long run renewable energy will be far cheaper than thermal power," Goyal said.