The company said it has created the world's largest end- to-end all IP network and invested over Rs 1.34 lakh crore, higher than the gross block of any incumbent operator. 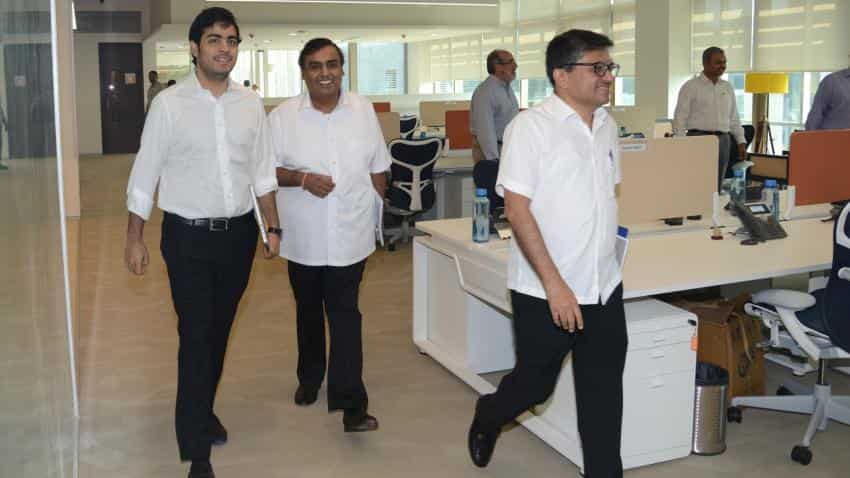 RJIL said it had duly informed the need and process of test trials to the DoT and TRAI from time to time. Photo: IANS
Written By: PTI
RELATED NEWS

Faced with charges of "bypassing regulations" by cellular operator association COAI, the Mukesh Ambani-led Reliance Jio today hit back by saying the claims are "malicious, unfounded, ill-informed and frivolous" and have been made with "ulterior motive" of promoting vested interests of incumbent operators.

The Cellular Operators Association of India (COAI) had on Monday written to the Department of Telecom (DoT) to immediately ask Reliance Jio Infocomm Ltd (RJIL) to stop all connections provided to 1.5 million users because it had allegedly bypassed regulations by offering full-fledged services under the guise of test connections.

Terming the COAI letter as prima facie an exercise with ulterior motive of promoting the vested interests of the incumbent dominant operators, it said, "COAI has deliberately indulged in an unwarranted vilification campaign, not only against Reliance Jio Infocomm Ltd, but also against TRAI, the regulator... without any basis whatsoever." The company said it has created the world's largest end- to-end all IP network and invested over Rs 1.34 lakh crore, higher than the gross block of any incumbent operator.

"Once launched, the services will cover over 18,000 towns and over 2 lakh villages across all the 22 service areas of the country. The coverage will soon be increased to cover over 90% population of the country," it said.

Considering the large network, "the need for test trial of the network, including the technology, services deployment, commissioning and operationalisation, and related business processes relevant for the network, are immediately required in order to assure quality of service", it said.

RJIL said it had duly informed the need and process of test trials to the DoT and TRAI from time to time and added that the test trials were in accordance with the terms of licence.

Citing several provisions, the company said "the test trials being conducted by RJIL are well within the scope of the terms and conditions of the Unified Licence."

Without naming anyone, RJIL said the top three incumbent operators, who are core members of COAI, are opposing the downward revision of the rates charged from users on termination of calls on other networks, called IUC.

Stating that the three players command a market share in excess of 65% in the one billion plus subscribers market, it said, "It is simple math to decipher, who will end up paying more IUC."

"Though, needless to clarify, currently there would be more outgoing calls from 35% plus subscribers to 65% subscribers, which in effect means significant and increased IUC inflow in the hands of current dominant incumbent operators, effectively stifling the other operators, including the later and new entrant operators," it said.

It alleged that steps taken by COAI in last few days are "attempts to sabotage the market entry of RJIL, a new player, and malign its name."