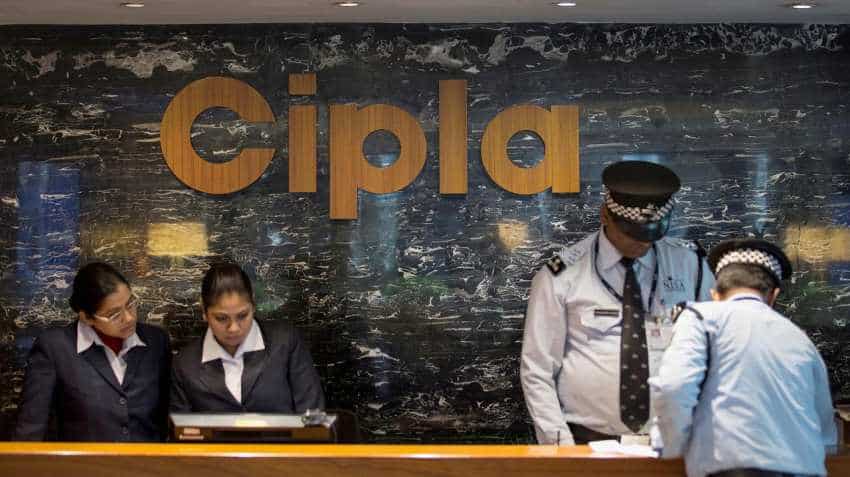 In a separate filing, Cipla said its board has approved raising funds up to Rs 6,000 crore. Image source: Reuters

Drug major Cipla Wednesday reported over two-fold jump in consolidated net profit to Rs 357.68 crore for the fourth quarter ended March 31, mainly on account of robust sales across markets. The company has also decided to raise funds of up to Rs 6,000 crore.

It had posted a net profit of Rs 153.25 crore for the corresponding period previous fiscal, Cipla said in a BSE filing. Consolidated total revenue from operations stood at Rs 4,403.98 crore for the quarter under consideration. It was Rs 3,697.97 crore for the same period a year ago.

In a separate filing, Cipla said its board has approved raising funds up to Rs 6,000 crore.

The board has approved "raising funds up to Rs 3,000 crore by issue of equity shares or American depository receipts or global depository receipts or foreign currency convertible bonds or other securities / financial instruments convertible into equity shares, whether denominated in Indian Rupee and/or foreign currency(ies), though a public issue or a private placement...," Cipla said.

The board has also approved raising funds up to Rs 3,000 crore by issue of non-convertible debentures or bonds, whether denominated in Indian Rupee and/or foreign currency(ies), though a public issue or a private placement, it added.

The company is seeking approval of shareholders to the enabling resolutions at the ensuing annual general meeting.
"FY19 ended on a strong note for Cipla. While our home markets of India and South Africa continued to lead the way, our US business established robust base growth from differentiated direct-to-market launches," its MD and Global CEO Umang Vohra said.

The company's planned build-up of respiratory pipeline in the US remains on track. Challenges in the tender businesses and certain volatile markets played out as guided previously, he added.

"Most importantly, in FY19, we made important strides in broadening our offerings to patients around the world through health campaigns, innovative products, strategic acquisitions and digital healthcare solutions. From a sustainable growth and direction perspective, we are well-poised for FY20," Vohra said.

The company's board has recommended a final dividend of Rs 3 per equity share for the financial year ended March 31, 2019, Cipla said.