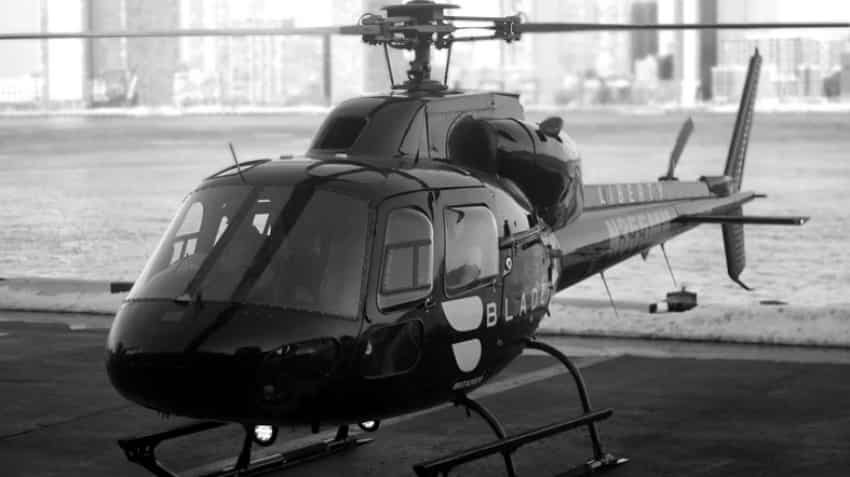 The firm will be connecting Mumbai to Pune and Shirdi with heliports, departing from Juhu and Mahalaxmi, he said. "There is neither intra-state connectivity nor within the city, where commuting consumes a lot of time. So, there exists a huge opportunity. We are going to cut that travel time significantly," said Abrol.

The digitally powered-aviation company, Blade, is the largest arranger of helicopter flights for civilian travel in the United States. This would be the first time the company is venturing out of the US. Blade India is also partnering with several key Hunch portfolio companies, including Quintessentially, the largest luxury travel concierge in the country, and GoodTimes, a television network, the company said.

"India's major cities are consistently ranked as the most congested in the world. By broadening consumers' access to on-demand aviation, we can start to mitigate these issues today, while building the foundation for electric vertical take-off and landing (eVTOL) services tomorrow," said Rob Wiesenthal, chief executive, Blade.

Justifying the company's entry in a price sensitive market like India where the aviation sector is struggling with high costs amid inflating fuel bills and rupee depreciation, Abrol said, "It is absolutely the right time. Obviously, there is explosive growth in the market, which is growing at around 20 per cent."

"The rupee fall and oil prices increase is a temporary aberration. Potentially a little bit of over capacity in the fixed wing market. The solution that is being offered here is quite unique, which does not exist in the market," he added. The subsidiary is claiming to price the flights "significantly lower" than private chartered jets.

Delhi-based air chartered services provider JetSetGo-owned SkyShuttle had in September announced the launch of its shared business jet and chopper services from Juhu to Tarapore and Vapi (Gujrat) at a whopping Rs 21,000-29,250 for a 45-minute journey.

According to Amit Dua, general partner, Hunch Ventures, the company will focus on the top two to three million affluent households spread across the country to begin with.