Privatisation-bound Bharat Petroleum Corporation Ltd (BPCL) on Thursday said it has no intention to sell a part of its stake in Petronet LNG Ltd and Indraprastha Gas Ltd (IGL) to help its new owner avoid making an open offer for the two gas companies. 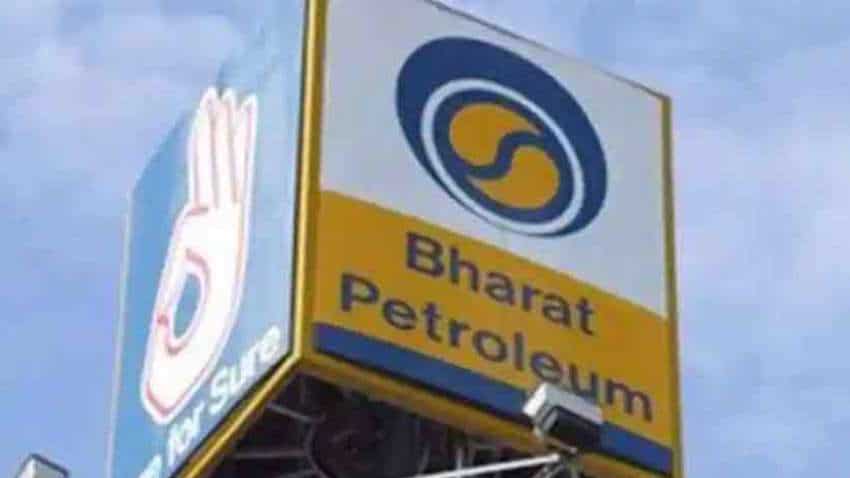 Diesel door-to-door Delivery: Ran out of fuel? Get it ordered via BPCL- Check details

Privatisation-bound Bharat Petroleum Corporation Ltd (BPCL) on Thursday said it has no intention to sell a part of its stake in Petronet LNG Ltd and Indraprastha Gas Ltd (IGL) to help its new owner avoid making an open offer for the two gas companies.

BPCL holds 12.5 per cent of the shareholding in India's largest liquefied natural gas importer, Petronet, and a 22.5 per cent stake in city gas retailer, IGL. It is a promoter of both the listed companies and holds board positions.

As per the legal position evaluated by the Department of Investment and Public Asset Management (DIPAM) - the department running the process for the sale of the government's entire 52.98 per cent stake in BPCL - the acquirer of BPCL will have to make open offers to the minority shareholders of Petronet and IGL for the acquisition of 26 per cent shares.

To bailout the new owner of BPCL spending additional Rs 19,000 crore in open offers for firms where it will have no operation control, it was suggested that BPCL sell a part of its shareholding in the two firms and shed promoter status.

"We have no intention to pare down our stake in IGL or Petronet. Any paring down will be value destruction," BPCL Director (Finance) N Vijayagopal said at an earnings call with investors.

Questions by investors at the call came in response to the PTI report of May 25, on the stake sale move and that BPCL was not in favour of it as it would result in substantial value erosion for the company.

Asked if the requirement of an open offer for IGL and Petronet can be an impediment in privatisation of BPCL, he said, "We have no intention to sell down. The other question is hypothetical."

Since BPCL is a promoter of the two companies and because there is a change in ownership of the promoter firm, an open offer is triggered under SEBI (Substantial Acquisition of Shares and Takeovers) Regulations, 2011.

The thinking in the government is that the open offers for Petronet and IGL may deter bidders who are mostly eyeing BPCL's oil refining assets and 22 per cent share of the fuel marketing business it commands, sources said.

The government's 52.98 per cent stake in BPCL is valued at about Rs 54,000 crore at the current share price. The requirement for making an open offer for an additional 26 per cent to minority shareholders of the company will cost an additional Rs 26,700 crore.

On top of it, an open offer for a 26 per cent stake in IGL would cost the acquirer an additional Rs 9,300 crore and a similar offer for Petronet would cost about Rs 9,400 crore.

To avoid an open offer, the Securities and Exchange Board of India (SEBI) is being pursued to give exemption as already done when ONGC acquired a government stake in HPCL.

But in the case of the ONGC-HPCL deal, the promoters of both the firms were the same i.E. The government of India and there wasn't a change of ownership per se.

Vijayagopal said a virtual data room was opened on April 10, for the qualified bidders to do due diligence on the company.

Mining-to-oil conglomerate Vedanta and private equity firms Apollo Global and I Squared Capital's arm Think Gas are in the race to buy the government's stake in BPCL.
The bidders, he said, have desired discussions with the company management as well as physical inspection of major facilities.

Once these are done, the bidders can be asked to make a financial offer, he said, adding this could happen sometime in the October-December quarter.

Draft share purchase agreement (SPA) has already been shared with the bidders, he said.

The stake sale in India's second-largest fuel retailer is crucial to plans to raise a record Rs 1.75 lakh crore from disinvestment proceeds in fiscal 2021-22 (April 2021 to March 2022).

BPCL will give the buyer ownership of around 15.33 per cent of India's oil refining capacity and 22 per cent of the fuel marketing share.

Diesel door-to-door Delivery: Ran out of fuel? Get it ordered via BPCL- Check details