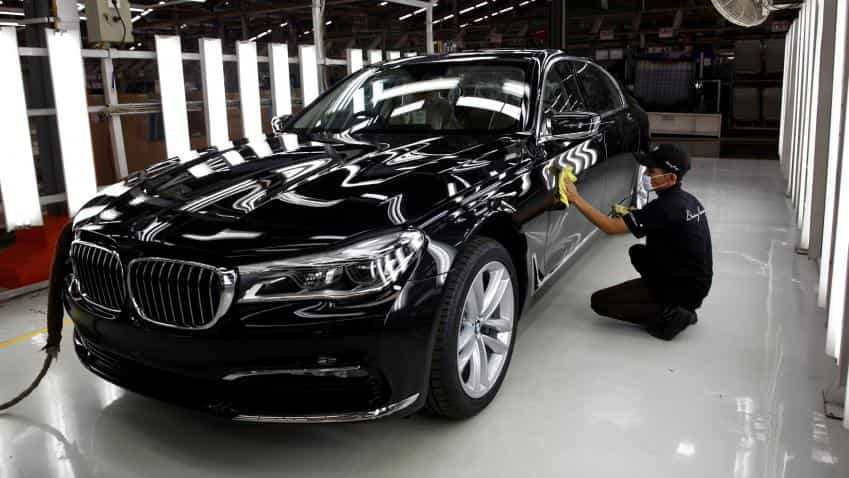 The third largest luxury carmaker BMW India, which today launched the fourth model from its Mini stable here, hopes to have petrol variants for all its nearly a dozen models by next year.

"We are working towards having petrol variants for all our models by next year. As of now we have only limited petrol models. We offer petrol models in the 3 & 5 Series and also in the X3 & X5 Series," BMW India Acting President Frank Emanuel Schloeder said here.

Schloeder, talking to PTI after launching the Mini Clubman, the fourth model from the German luxury carmaker's British subsidiary, declined to give a break-up of diesel and petrol model sales or elaborate more on the petrol plan except saying they will have to have a second assembly line with this plan. BMW is sourcing engines from Force Motors now.

He ruled out local assembly of the Mini, saying the pie is so small that it can't be commercially viable. The company assembles eight models at its Chennai plant.

Luxury carmakers like the market leader Merc, Audi, BMW and JLR were badly hit after the Supreme Court in December last year banned all above 2-litre diesel models in Delhi/NCR. The ban was lifted only in August after the manufacturers agreed to pay 1 % green cess in a special account.

While the worst hit was the Merc, Audi and JLR (as mode of their models fall into the banned category) BMW was comparatively better off as most of its models come with under 2-litre engines, though powered by diesel powertrains.

Accordingly, the 35,000-units luxe car market is set for a decline this year, while Schloeder said his sales have been clocking over 20 % till November as the note ban has hit its sales.

But again, Schloeder declined to quantify the fall in sales, but when pointed out that his rival brands have been complaining of over 50 % dip in footfalls at the dealerships, he just said, "We don't have so much decline and can't quantify how much."

Terming demonetisation as a good move in the long-run, Schloeder said he hopes sales will come back to normalcy over the next two months.

He said the forthcoming GST roll-out, despite the proposed sin tax on luxury goods and tobacco, would over the years help the luxury carmakers.

"I don't understand why taxation should be used as a punishment. I hope after the initial years, when the economy gets used to GST and the government;s tax revenue increases, luxury goods like ours will also be taxed reasonably."

The country's largest luxury carmaker till 2012, BMW has been pushed to a distant No 3 and has not been reporting sales numbers since then. Last year, industry sources said, it sold under 7,000 units as against over 13,500 by Merc.

BMW to set up auto parts manufacturing plant in Punjab