Tesla also cut costs which helped it offset many of the supply chain and microchip shortfalls facing the auto industry. 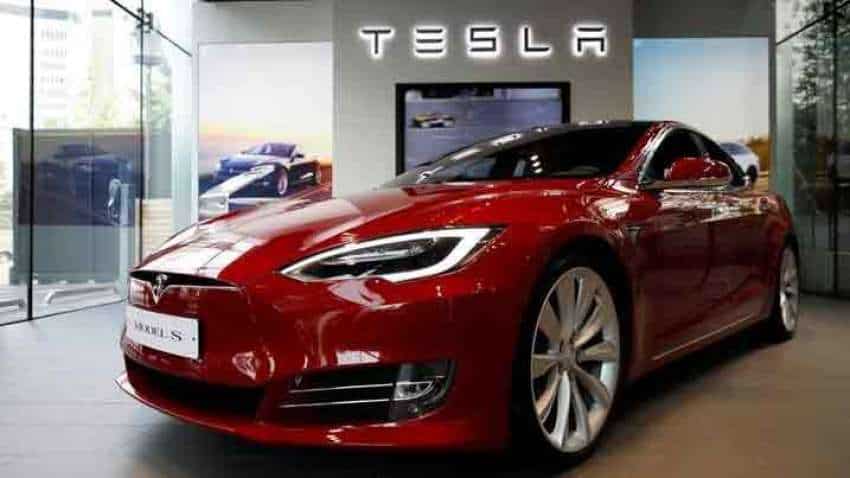 Tesla Inc posted a bigger second-quarter profit than expected on Tuesday thanks to sharply higher sales of its less-expensive electric vehicles, as it raised prices to boost its margins on them.

Tesla also cut costs which helped it offset many of the supply chain and microchip shortfalls facing the auto industry.

For the first time since late 2019, Tesla profits did not rely on sales of environmental credits to other automakers, a sign of increasing financial health for the manufacturing operation. Tesla boosted its performance by cutting features it said were unused or unneeded and raising U.S. vehicle prices. [nL1N2OX1SV]

Shares of the world`s most valuable automaker rose 1.5% in extended trade.

In a call with investors and analysts, Tesla executives said that volume production growth will depend on parts availability, and Musk cautioned the shortage of semiconductors will continue.

Still, Musk said Tesla expects to launch production this year of the Model Y SUV at factories under construction in Texas and Germany. He said the company expects battery cell suppliers to double production next year.

Despite the pandemic and the supply chain crisis, Tesla posted record deliveries during the quarter, thanks to sales of cheaper models including Model 3 sedans and Model Ys.

The carmaker, led by billionaire entrepreneur Elon Musk, said revenue jumped to $11.96 billion from $6.04 billion a year earlier, when its California factory was shut down for more than six weeks due to local lockdown orders to fight the pandemic.

Analysts had expected revenue of about $11.3 billion, according to IBES data from Refinitiv.

Excluding items, Tesla posted a profit of $1.45 per share, easily topping analyst expectations for a profit of 98 cents per share.

Tesla`s profitability has often relied on selling regulatory credits to other automakers, but in the second quarter, Tesla was profitable without these credits for the first time since the end of 2019. Its GAAP net income was $1.14 billion in the second quarter. Revenue from the credits only totaled $354 million.

"Tesla impressed with its numbers, as most of its revenue came from vehicle sales," Jesse Cohen, senior analyst at Investing.com, said.

Tesla said it said it has delayed the launch of the Semi truck program to 2022 to focus on starting factories and due to limited availability of battery cells and other parts this year.

But the company`s new 4680 batteries are not ready for volume production; executives said it was difficult to predict when technological challenges would be resolved.

In an aside, Musk said he "most likely will not be on earnings calls" going forward to discuss financial results with investors and analysts. These calls have been a colorful quarterly ritual Musk has used for discourses on Tesla technology, or to fire back at rivals or critics.