The board of state-run Vijaya Bank Saturday gave in-principle approval for its merger with Bank of Baroda along with another PSU lender Dena Bank. 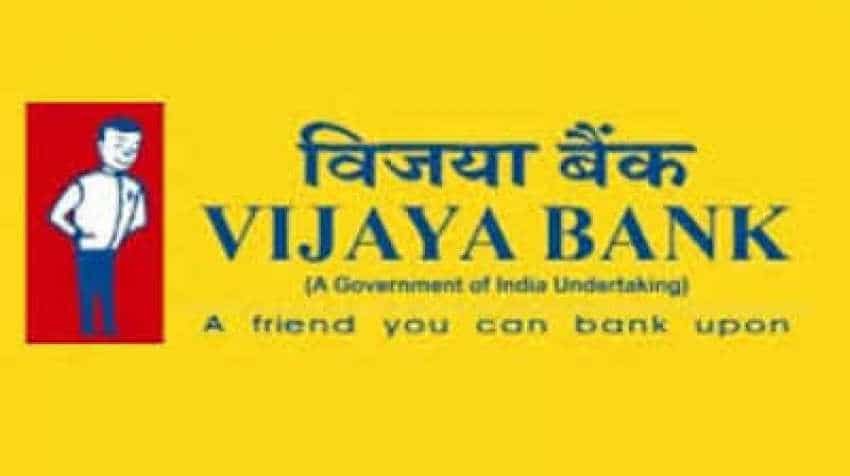 Earlier this month, the government announced the merger of Bank of Baroda, Vijaya Bank and Dena Bank to create the country's second-largest PSU lender by assets and branches.
Written By: PTI
RELATED NEWS

"Amalgamation would enable creation of a bank with business scale comparable to global banks and capable of competing effectively in India and globally," it said. Greater scale and synergy would lead to cost-benefit, higher productivity and efficiency of the banking system as a whole, it said. In addition, it would provide an impetus for building banks with scale, ramping up credit growth, adoption of best practices across amalgamating entities for cost efficiency and improved risk management and financial inclusion through wider reach, it said.

Post-merger, the asset size of the new entity would be over Rs 14.5 lakh crore. The combined business of amalgamated entities would make it second largest public sector bank of the country, it said. While announcing the merger, financial services secretary Rajiv Kumar had said the merged entity would have better financial strength.

Dena Bank's net NPA ratio will be at 5.71 per cent, significantly better than public sector banks' average of 12.13 per cent, he had said, adding so would be the provision coverage ratio at 67.5 per cent against average of 63.7 per cent and cost to income ratio of the combined entity would come down to 48.94 per cent as compared to an average of 53.92 per cent.

The amalgamation of the three banks would be through share swap which will be the part of the scheme of merger. In April 2017, State Bank had merged with itself five of its subsidiary banks and taking over Bharatiya Mahila Bank, catapulting it to be among top 50 global lenders with over USD 550 billion in combined assets. Post-merger of BoB, Vijaya Bank and Dena Bank, the number of PSU banks will come down to 19.