Bandhan bank would consolidate and bring efficiency in its existing branch network which will soon touch 1000 branches, a senior official said Thursday. 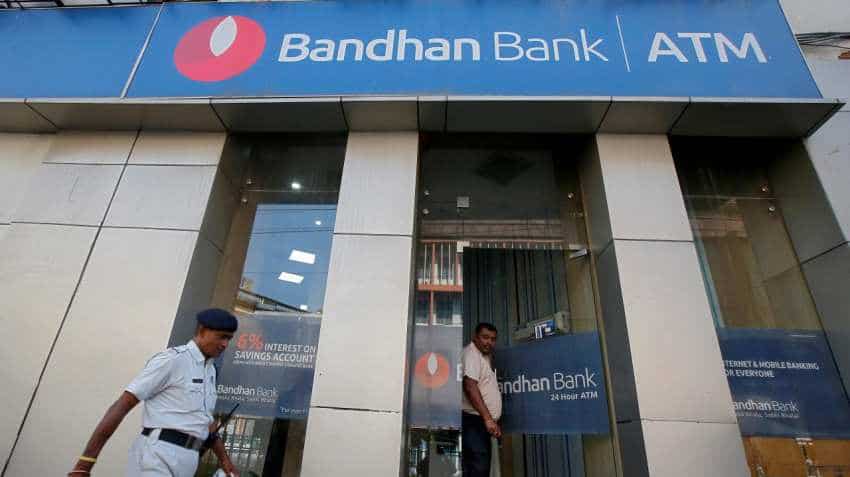 Bandhan Bank has 986 branches as of March 2019 which was 936 last fiscal. In 1-2 months the number is expected to touch 1000. Image source: Reuters
Written By: PTI
RELATED NEWS

City-based Bandhan bank would consolidate and bring efficiency in its existing branch network which will soon touch 1000 branches, a senior official said Thursday. The bank has 986 branches as of March 2019 which was 936 last fiscal. In 1-2 months the number is expected to touch 1000. This strategy was much before RBI imposed restrictions on expansion, the official said. "Our strategy even before the restriction was that once we crossed 1000 branches, we will try and consolidate and bring efficiency into those branches before we again start the expansion," Bandhan CFO Sunil Samdani told an analysts conference.

"We have the approval of 1000 plus branches today, so further branch expansion will not be as it was in the last two years as we have built enough capacity already to take care of our growth for next 2 to 3 years," he told an analysts conference. RBI has imposed some restrictions in regard to meeting certain stake dilution criteria of promoter's holding in the bank. The bank opened 50 new branches 250 new DSCs (doorstep service centre) in the last fiscal.

"The number of DSCs has now increased to 3014 taking our total banking outlets at 4000," bank MD & CEO Chandra Sekhar Ghosh said. The bank claimed 75 per cent of its branches are in unbanked districts giving an immense opportunity for raising deposits and credit lending. The operational expense ratio, year-on-year it has remained flat at 3.6 per cent for the bank indicating branch expansion is not eating into margins.

However, its exclusive customer percentage has come down from 72 per cent to 60 per cent but the bank explained it is due to policy "one loan per customer" and not due to lack of loyalty toward the bank.