Aviation: Drones and e-commerce delivery: Not happening any time soon

Around four years after the Mumbai police intercepted a drone flying with a pizza parcel for delivery that led to a complete crack-down on the drone operations in India by private players, the new drone policy regarding its use has finally come into force starting December 1. 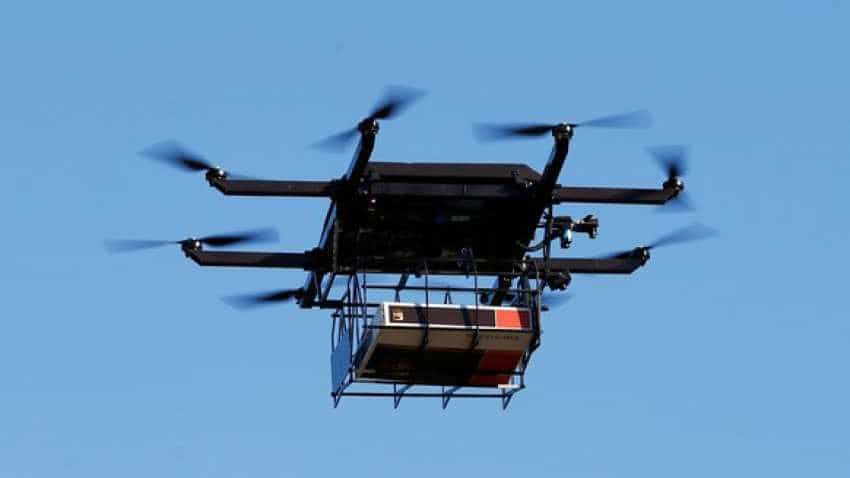 Mumbai: Around four years after the Mumbai police intercepted a drone flying with a pizza parcel for delivery that led to a complete crack-down on the drone operations in India by private players, the new drone policy regarding its use has finally come into force starting December 1.

The government had earlier cited privacy and security concerns while declaring a ban on its operations. The new policy- Drone Regulations 1.0 - allows basic operations like its use for infrastructure projects, marriage celebration, agriculture. However, its use for e-commerce delivery and air taxis will still have to wait, the officials said.

“It may happen in the drone regulation version-3.0 or may be even later” said a ministry source. “ We want to go step by step” added the source. However, with the coming of drone policy, more sectors will explore using drones now, claim experts. The significance of the usage of drones can be gauged from the fact that a research by BIS Research- a global market intelligence and advisory firm - has predicted that the Indian drone market will reach $885.7 million by 2021, and the global market size will touch $21.47 billion.

As a result, the Ministry of Civil Aviation on August 27 this year released the regulations for drone flying in India after much consultation with different stakeholders, including defence, aviation experts, academics, law enforcement agencies, hospitals, etc. As per an estimate, there are 40,000 drones operating in the country on the commercial side though the number of drones used by the armed forces is not available.

According to a Mumbai-based aviation analyst, given their commercial benefits, there have been attempts in the past to formalise a regulatory framework for the operation of drones in India.

“Last year in November 2017, the government had released the draft CARs for permitting operation of civil drones after taking into consideration the comments and feedback from various stakeholders on the draft CARs.” the analyst said.

As per the regulation, the operator will first have to register itself, drone, and pilot with the regulator before getting the permission to fly. The operator can get clearance using a mobile app, which was launched by the civil aviation ministry last week.

The app only allows for registration of pilots, devices, service providers, and NPNT (no permission, no take-off). The system disables the flying of drones unless there is an approval from the aviation regulator Directorate General of Civil Aviation (DGCA), the ministry officials said.

According to junior civil aviation minister Jayant Sinha, his ministry is working on an advance version of drone regulations 2.0 over the past six months, so that that operators stay within the digital air corridor. The drones will be monitored using artificial intelligence (AI).

As per the drone regulations, the Indian airspace for drone usage has been partitioned into Red Zone (flying not permitted), Yellow Zone (controlled airspace), and Green Zone (automatic permission).

The law allows for visual line-of-sight daytime-only and a maximum of 400 feet altitude operations. Rabindra Jhunjhunwala (partner) and Shweta Dwivedi (principal associate) of law firm Khaitan & Co in a newsletter released in September said that the drone policy, however, has certain hits as well as misses.

Relaxations and exemptions for nano and micro categories will provide relief to operators using drones in enclosed spaces for commercial activities (e.g. use by photographers, etc). A digital IT-driven platform in the form of Digital Sky Platform will ease the process for applying for permits.

This article was published in DNA Money first: E-tail, air taxis may not fly drones soon