Johnson & Johnson on Monday scrambled to contain fallout from a Reuters report that the healthcare conglomerate knew for decades that cancer-causing asbestos lurked in its Baby Powder. 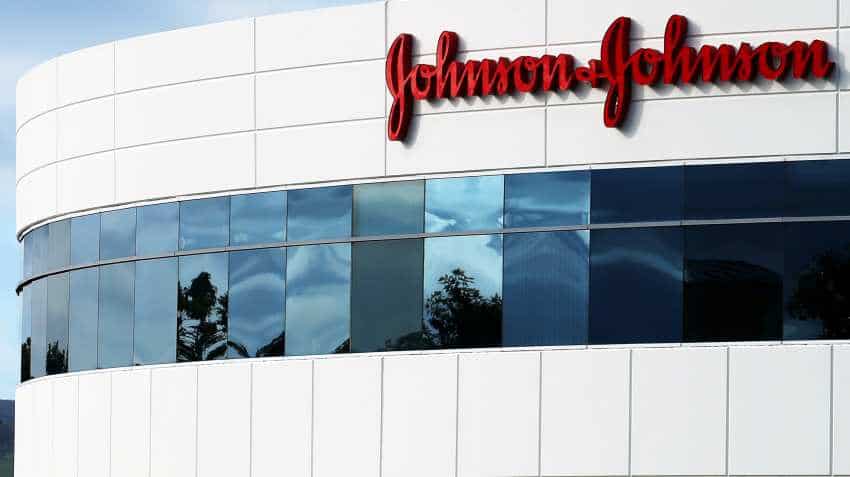 Johnson & Johnson on Monday scrambled to contain fallout from a Reuters report that the healthcare conglomerate knew for decades that cancer-causing asbestos lurked in its Baby Powder, taking out full-page newspaper ads defending its product and practices, and readying its chief executive for his first television interview since investors erased tens of billions of dollars from the company’s market value.

J&J shares fell nearly 3 percent Monday, closing at $129.14 in New York Stock Exchange trading. That drop was on top of the 10 percent plunge that wiped out about $40 billion of the company`s market capitalisation following the Reuters report https://www.reuters.com/investigates/special-report/johnsonandjohnson-ca... Friday. J&J also announced Monday that it would be repurchasing up to $5 billion of its common stock.

Senator Edward Markey, a Massachusetts Democrat on the Environment and Public Works Committee, on Friday sent a letter to the head of the U.S. Food and Drug Administration calling on the agency to investigate the findings in the Reuters report to determine whether J&J misled regulators and whether its Baby Powder products threaten public health and safety. J&J Chief Executive Alex Gorsky, in his first interview since the Reuters article was published, defended the company during an appearance on CNBC’s “Mad Money” with host Jim Cramer on Monday night. J&J knew for decades about the presence of small amounts of asbestos in its products dating back to as early as 1971, a Reuters examination of company memos, internal reports and other confidential documents showed.

In response to the report, J&J said on Friday that "any suggestion that Johnson & Johnson knew or hid information about the safety of talc is false." A Monday full-page ad from J&J -- headlined "Science. Not sensationalism." -- ran in newspapers including The New York Times and The Wall Street Journal. The ad asserted that J&J has scientific evidence its talc is safe and beneficial to use. “If we had any reasons to believe our talc was unsafe, it would be off our shelves,” the ad said.

J&J rebutted Reuters’ report in a lengthy written critique of the article and a video from Gorsky. In the written critique, posted on the company’s website, J&J said Reuters omitted information it supplied to the news organisation that demonstrated the healthcare conglomerate’s Baby Powder is safe and does not cause cancer; that J&J’s baby powder has repeatedly been tested and found to be asbestos-free; and that the company has cooperated with the U.S. FDA and other regulators around the world to provide information requested over decades. “Since tests for asbestos in talc were first developed, J&J’s Baby Powder has never contained asbestos,” Gorsky said in the video. He added that regulators “have always found our talc to be asbestos-free.”

A Reuters spokeswoman on Monday said the agency “stands by its reporting.” Reuters’ investigation found that while most tests in past decades found no asbestos in J&J talc and talc products, tests on Baby Powder conducted by scientists at Mount Sinai Medical Center in 1971 and Rutgers University in 1991, as well as by labs for plaintiffs in cancer lawsuits, found small amounts of asbestos. In 1972, a University of Minnesota scientist found what he called “incontrovertible asbestos” in a sample of Shower to Shower. Other tests by J&J’s own contract labs and others periodically found small amounts of asbestos in talc from mines that supplied the mineral for Baby Powder and other cosmetic products into the early 2000s.

The company did not report to the FDA three tests by three different labs from 1972 to 1975 that found asbestos in the company’s talc. The Reuters story drew no conclusions about whether talc itself causes ovarian cancer. Asbestos, however, is a carcinogen. The World Health Organization’s International Agency for Research on Cancer has listed asbestos-contaminated talc as a carcinogen since 1987. Reuters also found that J&J tested only a fraction of the talc powder it sold. The company never adopted a method for increasing the sensitivity of its tests that was recommended to the company by consultants in 1973 and in a published report in a peer-review scientific journal in 1991. The ad J&J ran in newspapers Monday also pointed to an online talc fact page the company created with "independent studies from leading universities, research from medical journals and third-party opinions." That website has changed since early December, according to a Reuters review of online archives.

The website, for instance, no longer contains a section headlined "Conclusions from Global Authorities" that as recently as Dec. 5 listed organizations including the U.S. FDA, the European Union and Health Canada as among entities that have "reviewed and analysed all available data and concluded that the evidence is insufficient to link talc use to cancer." On Dec. 14, the day Reuters published its report, that section of the website had been removed. It is not clear exactly when the online page changed.

The Canadian government released a draft report this month that found a "consistent and statistically significant positive association" between talc exposure and ovarian cancer. The draft report also said that talc meets criteria to be deemed toxic. The draft report put forth proposed conclusions that are subject to a public comment period and confirmation in a so-called final screening assessment, Health Canada said. If the conclusions are confirmed, Canadian officials will consider adding talc to a government list of toxic substances and implementing measures to prohibit or restrict use of talc in some cosmetics, non-prescription drugs and natural health products, Health Canada said.

A J&J spokeswoman said the company removed the website section after the Canadian government issued the draft report. “We chose to be conservative while that draft is under review,” the spokeswoman said. While J&J has dominated the talc powder market for more than 100 years, the products contributed less than 0.5 percent of J&J`s $76.5 billion in revenue last year. (Reporting by Mike Spector in New York; Additional reporting by Lisa Girion in Los Angeles and Ankur Banerjee in New York; Editing by Lisa Shumaker)