ArcelorMittal to do a Reliance Jio? Lakshmi Mittal out to shock and awe

Many experts view the Lakshmi Narayan Mittal-promoted steel company's foray into the domestic market as a game changer. They believe it could do to the steel sector what Jio's entry did to the telecom sector. 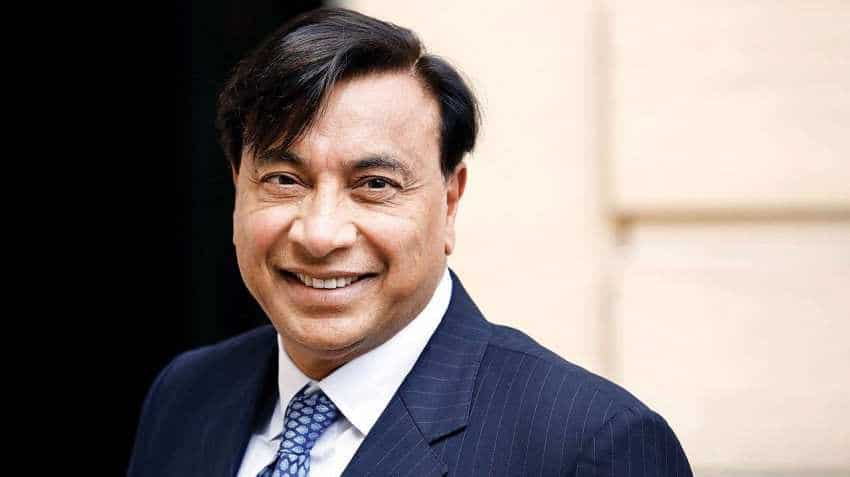 ArcelorMittal is all set to bag the 10-million-tonne (mt) steel asset of the bankrupt Essar Steel after an aggressive bidding process under the IBC. Image source: Reuters
Written By: Praveena Sharma
RELATED NEWS

Will the entry of the world's largest steel producer ArcelorMittal in the Indian market trigger a price war in the steel sector? Many experts view the Lakshmi Narayan Mittal-promoted steel company's foray into the domestic market as a game changer. They believe it could do to the steel sector what Jio's entry did to the telecom sector.

"Here (steel sector) also, like in the Jio case, we have this behemoth (ArcelorMittal) with immense financial muscle who can challenge the established players (Tata Steel, JSW Steel, Steel Authority of India (SAIL), Jindal Steel and Power Ltd (JSPL), ElectroSteel, etc)," said an industry player, who did not want to be named.

ArcelorMittal is all set to bag the 10-million-tonne (mt) steel asset of the bankrupt Essar Steel after an aggressive bidding process under the Insolvency and Bankruptcy Code (IBC).

Most analysts are anticipating a price war, similar to the kind unleashed by Jio to grab market share, between big steel players as the Luxemburg-based steel major goes after domestic steel clients.

"There is no doubt that ArcelorMittal will undercut and come out attractive offers for steel clients to retrieve lost market of Essar Steel. The Hazira plant (of Essar Steel) had not been operating at its optimal capacity for last few years. It was operating at around 50-55%. ArcelorMittal will ramp it up quickly to at least 80% to regain market," said an analyst, on condition of anonymity.

Interestingly, the global player is entering at a time when the domestic steel industry is going through an upcycle.

"First they will try to expand and improve the efficiency. That will take 6-7 months. They have existing customers, but they will have to look for more market either they will expand the Indian market and will export because it (Hazira steel plant) is port-based plant. They also have a huge customer-base abroad, which can be leveraged," he said.

The analyst said the Mittal-owned steel company could easily scale up to the major domestic players' capacity of around 18 mt in less than five years. "ArcelorMittal will definitely try to scale up from 10 mt capacity to 18 million tonne. I believe, in below three years, it will at par with JSW Steel and Tata Steel," he said.

A former analyst with a domestic broking house, who has is now working with a major steel company, said since Essar Steel predominantly had footprint in western India, and so players like JSW Steel will get impacted more.
He said ArcelorMittal would have to fix the problem of gas availability and uninterrupted iron ore supply.

"They need to source uninterrupted gas and iron ore. They could try to source iron ore from abroad. They have mines abroad from which they can source. It is a port-based plant. So, if there is no significant distance between the domestic landed price and the imported price it will be better for them to import," he said.

The ex-analyst said ArcelorMittal could have a slight edge over domestic players in terms of better grade and technologically innovative steel products. "Domestic players will have competition in terms of highly value added and technically sound products," he said.

Today, the size of the domestic steel industry is around 125 mt, with major players having capacity of around 18 mt. Currently, most of significant domestic firms were in the process of expanding their capacity to over 20 mt.

R K Goyal, president, Karnataka Iron and Steel Manufacturers' Association (KISMA), did not expect the Jio effect to play out in the market with the entry of ArcelorMittal.

"No such thing will happen. They will bring a lot of technology and knowledge, which will help the industry. Nobody will like to burn money (by indulging in intense competition). I don't think they are coming to lose money here. Let them come. Let then produce. Let's see whether they able to produce 10 mt or 5 mt out of this. Then, the market share will come into the picture," he said.

-ArcelorMittal is set to bag the 10 mt steel asset of the Essar Steel after an aggressive bidding process under the IBC
-Interestingly, the global player is entering at a time when the domestic steel industry is going through an upcycle