The move to park about Rs 7,000 crore in an escrow account of State Bank of India (SBI) follows ArcelorMittal's bid for Essar Steel coming in for questioning because of its past shareholding in loan defaulter firm, Uttam Galva Steel. 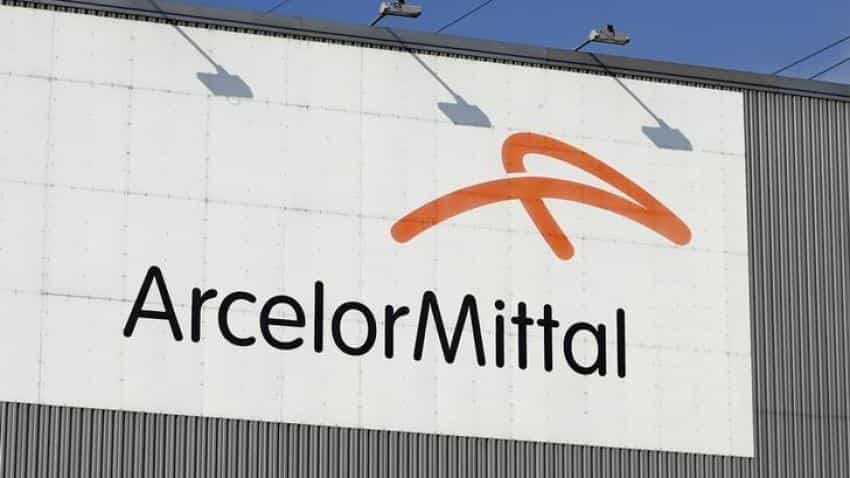 The insolvency and bankruptcy rules bar a delinquent promoter from bidding for a company or asset that is being auctioned to recover bank dues. Image source: Reuters
Written By: PTI
RELATED NEWS

World's largest steelmaker ArcelorMittal has transferred Rs 7,000 crore to SBI to clear bank dues of loan defaulter Uttam Galva Steels so that it becomes eligible to bid for acquisition of Essar Steel, a person in know of the development said.

The move to park about Rs 7,000 crore in an escrow account of State Bank of India (SBI) follows ArcelorMittal's bid for Essar Steel coming in for questioning because of its past shareholding in loan defaulter firm, Uttam Galva Steel.

The insolvency and bankruptcy rules bar a delinquent promoter from bidding for a company or asset that is being auctioned to recover bank dues.

The persons said the funds in escrow account can be used to pay off outstanding dues of Uttam Galva Steel as well as KSS Petron Ltd.

When contacted, ArcelorMittal refused to comment on transfering of about Rs 7,000 crore but said: "Any offer to pay any outstanding loans of companies where we only had a passive stake with no management or governance role, would be made without prejudice to demonstrate the seriousness of our commitment to India and Essar Steel India Ltd (ESIL)."

"We continue to believe that a swift resolution is in the best interests of ESIL and its stakeholders, including its employees who deserve a strong and certain future," it said.

ArcelorMittal is locked in a direct fight with Russia's VTB Capital-backed NuMetal Ltd in the takeover battle of Essar Steel, which is being auctioned for defaulting on payment of Rs 49,000 crore bank loans.

NuMetal's bid had also come in for questioning as it was 25 per cent owned by Aurora Trust of Ruia family - the promoters of Essar Steel. However, later VTB Bank sought to severe ties with Ruia family by proposing to buy out Aurora Trust's stake in NuMetal.

A committee of Essar Steel lenders had on May 8 given the two bidders one week time to "cure their disability" by paying of dues of the defaulting companies of which they were shareholders or promoters.

ArcelorMittal parking the fund with SBI came as the deadline ended today.

On May 9, the company had written to the Committee of Essar Steel Creditors asking if its May 8 order was to state it the lenders can reject its bid for Essar Steel after the overdue amounts are paid in full.

"It makes no commercial sense for us to pay these amounts and then suffer the same disqualification at the hands of the CoC, it had written in a two-page letter to the Committee of Creditors (CoC), which was reviewed by PTI.

When contacted, the company confirmed it had written to CoC but said "the details of this letter are confidential."

ArcelorMittal said its February 12 bid for Essar Steel is and always has been eligible.

While ArcelorMittal had exited Uttam Galva by selling its stake to promoters before the bid, its never had a management say by virtue of stake in holding company of KSS Petron.

The development comes barely days after Brian Aranha, executive vice-president (strategy, technology, R&D) at ArcelorMittal has asserted that its bid for debt-laden Essar Steel is "eligible" and indicated that any pay off towards outstanding dues of Uttam Galva would be a "goodwill gesture".

"Our fundamental position is that we are eligible and in reality were never the promoters of these companies. So any discussion about repayment of any dues would be a gesture of goodwill," Aranha had said.

The lenders earlier had objected to ArcelorMittal's investment in Uttam Galva on default of loan repayments to the tune of about Rs 8,000 crore.

"ArcelorMittal had written off investment of USD 150 million in 2015. The company has further interest in the investment," Aranha has said.

ArcelorMittal had sold back its stake in Uttam Galva to its promoters to clear its bid under the Insolvency & Bankruptcy Code (IBC) as clause 29A of the code prevents promoters of defaulting companies from bidding for stressed assets.

The company if selected has plans to increase Essar Steel's capacity to 20 MT from the present about 6 MT besides developing an R&D unit in Hazira, he said.