The world`s largest online retailer said net income rose 41 percent to $724 million, or $1.48 per share, marking the eighth straight quarter that Amazon - known among investors for heavy spending and roller-coaster results - posted a net profit. Analysts on average were expecting $1.12 per share, according to Thomson Reuters I/B/E/S. 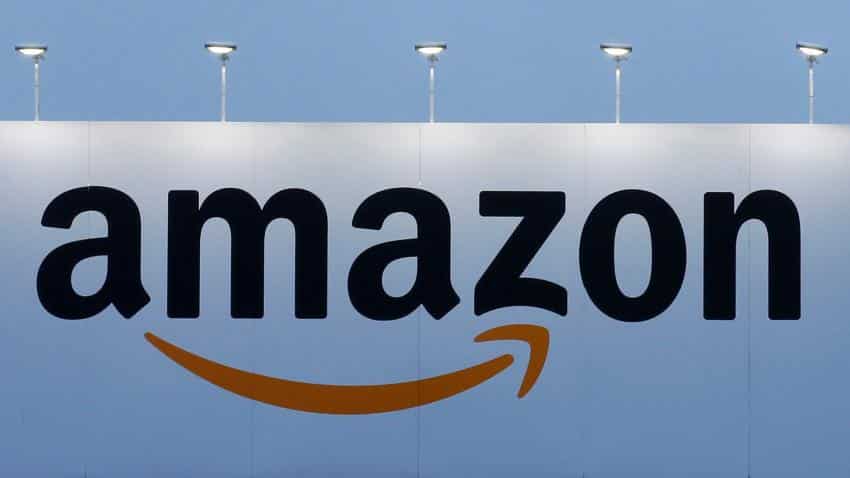 Shares of the Amazon are up 3.9% at $954. Photo: Reuters
Written By: Reuters
RELATED NEWS

Amazon.com Inc on Thursday said revenue from its cloud business, advertising and subscription services rose in the first quarter, helping it beat profit expectations and sending its shares to an all-time high in extended trading.

The world`s largest online retailer said net income rose 41 percent to $724 million, or $1.48 per share, marking the eighth straight quarter that Amazon - known among investors for heavy spending and roller-coaster results - posted a net profit. Analysts on average were expecting $1.12 per share, according to Thomson Reuters I/B/E/S.

Amazon`s revenue has soared in recent years, as shopping has shifted online and businesses have moved their IT to the cloud where Amazon Web Services (AWS) is the biggest player.

Some investors had questioned if competition and December price cuts by AWS would slow Amazon`s sales momentum, or if the company would fall victim to the price battles that are embroiling other retailers.

Not so. The company`s total net sales rose 22.6 percent to $35.71 billion, slightly ahead of analysts` average estimate.

Sales from AWS, the company`s fast-growing business to host companies` data and handle their computing in the cloud, rose 42.7 percent to $3.66 billion, matching the average analyst estimate, according to market research firm FactSet StreetAccount.

The company said a stronger dollar hurt its overall sales by $492 million and that the quarter faced tough comparisons with the year-ago quarter, when the Feb. 29 leap day gave shoppers an extra 24 hours to spend.

Amazon also posted an operating loss of $481 million in its international segment. The company has said it is investing more than $5 billion in India to gain market share, and this month it announced plans for a retail marketplace in Australia.

"A lot of the same playbook you’ve seen working in the U.S. is also being rolled out internationally," Amazon Chief Financial Officer Brian Olsavsky said on a conference call with reporters.

Seattle-based Amazon forecast that operating income in the second quarter would be between $425 million and $1.075 billion, below the consensus estimate of $1.46 billion, according to market research firm FactSet StreetAccount.

The company has said it is stepping up investments from a year ago. It plans to build new warehouses and create more than 130,000 full-time and part-time jobs by mid-2018 to speed up delivery. Amazon also is racing to make its voice assistant Alexa, which competes with Apple Inc`s Siri, a ubiquitous platform like Windows has been for desktop or Android has been for phones.

The company forecast sales for the second quarter of between $35.25 billion and $37.75 billion, which includes an unfavourable impact of about $720 million from foreign exchange rates.

Analysts on average had expected revenue of $36.87 billion.