It acquired Whole Foods for $13.7 billion in August to help it deliver groceries to shoppers' doorsteps. 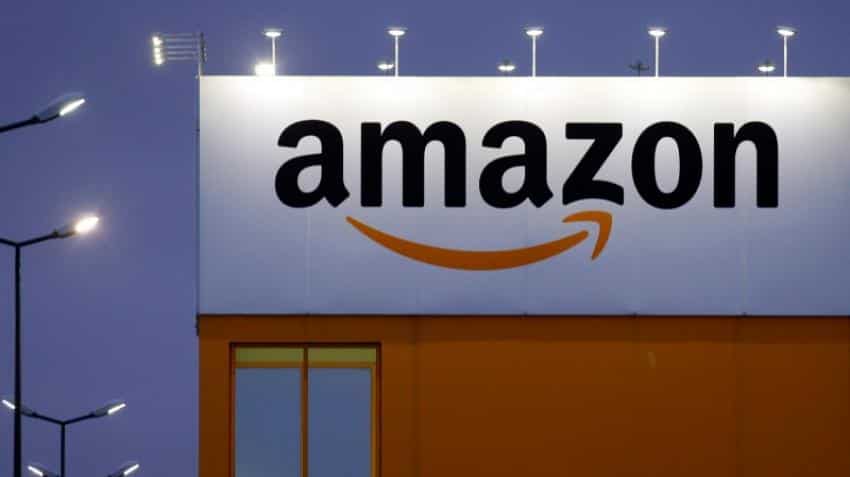 The logo of Amazon is seen at the company logistics center in Lauwin-Planque, northern France. Photo: Reuters

Amazon`s results defied expectations that it would invest nearly all of its earnings into new areas as it has in the past. The world`s largest online retailer said net income rose to $256 million, or 52 cents per share in the quarter ended September 30. Analysts on average were expecting 3 cents per share, according to Thomson Reuters I/B/E/S.

"This company has finally gotten itself to the point where it can sustain its spending growth and still leave some crumbs for shareholders," said Wedbush Securities analyst Michael Pachter.

Prime Day, a summer marketing event Amazon has created to replicate the shopping frenzy that is more typical of the winter holiday season, helped boost sales.

In a first, Amazon broke out sales for its online retail business and for its physical bookstores and Whole Foods locations. Revenue from its online stores jumped 22 percent to $26.4 billion, the fastest growth Amazon has seen in the segment in more than a year.

Key to its success has been signing more people up for Amazon Prime, its fast-shipping and video-streaming club, whose members tend to buy more from the company. Revenue from subscription fees such as Prime grew 59% to $2.4 billion.

Amazon shares have a high valuation, with a price-to-earnings ratio more than eight times that of cloud-computing rival Microsoft Corp

Unlike peers, Amazon runs on razor-thin profit margins because it sinks most of its profit back into its business.

This quarter, which includes the shopping holiday Black Friday, Amazon said it expects operating profit between $300 million and $1.65 billion. Analysts were expecting $930.78 million, according to Thomson Reuters I/B/E/S.

The company's shares, which closed down 0.05% on Thursday, rose about 7.5% to $1,046 in after-hours trading following the earnings statement. They had gained about 30% this year.

Amazon begins to offer electronics in Brazil from third-party sellers