Amazon.com Inc said on Tuesday it would raise its minimum wage to $15 per hour for U.S. employees from next month, giving in to critics of poor pay and working conditions at the world`s second most valuable company. 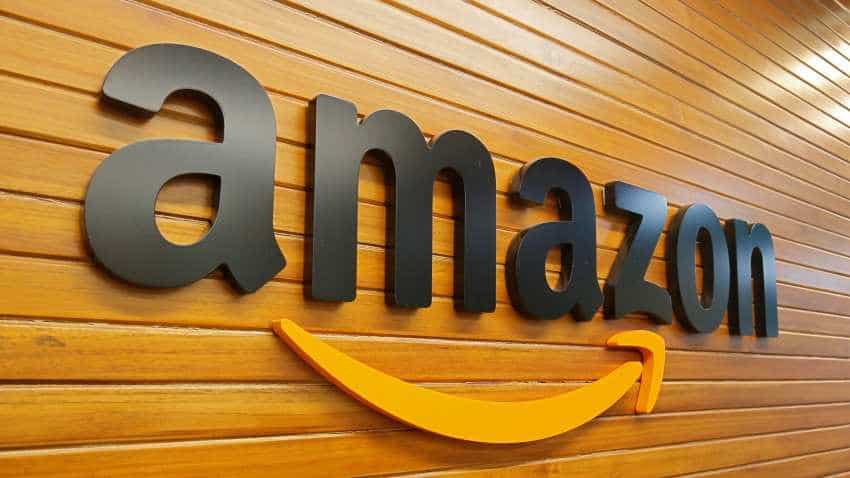 Amazon.com Inc said on Tuesday it would raise its minimum wage to $15 per hour for U.S. employees from next month. Image source: Reuters
Written By: Reuters
RELATED NEWS

Amazon.com Inc said on Tuesday it would raise its minimum wage to $15 per hour for U.S. employees from next month, giving in to critics of poor pay and working conditions at the world`s second most valuable company.

The increase pushes Amazon`s lowest wage above that at Walmart Inc and Target Corp . It is almost $3 shy of the average for a non-management worker in warehousing in the United States.

The online retailer also said it would now lobby in Washington D.C. for an increase in the federal minimum wage and urged its competitors to follow its lead as the union-led "Fight for Fifteen" movement pushes for higher remuneration.

Amazon`s move comes when U.S. unemployment is at a near two-decade low as retailers and shippers compete for hundreds of thousands of workers for the all-important holiday shopping season.

Several companies, including United Parcel Service and Macy`s , have announced hiring to staff stores and handle holiday sales and delivery.

"We listened to our critics, thought hard about what we wanted to do, and decided we want to lead," founder and Chief Executive Jeff Bezos said in a statement.

The pay increase, effective from next month, will benefit more than 250,000 Amazon employees in the United States as well as over 100,000 seasonal employees who will be hired across the country this holiday season, the company said.

"At $7.25, the federal minimum wage is a poverty wage. Having major, profitable employers like Amazon join the fight could help finally unstick it," she said.

Amazon, which became the second company after Apple to cross $1 trillion in market value last month, currently pays around $11 per hour. Analysts said the raise would cost it $1 billion or less annually but would be offset by a recent $20 increase in the cost of its Prime memberships.

"You`ve got a company that can`t attract and keep labour because their wage rates are at the bottom of the pay scale, generally speaking," said Marc Wulfraat, president of logistics consultancy MWPVL International, which closely tracks Amazon`s fulfilment operation.

"This is Amazon waking up and smelling the coffee."

Amazon also said it was ending some restricted stock unit grants as it raised wages for hourly warehouse and customer service employees.

WORKER STRESS
U.S. Senator Bernie Sanders credited Amazon on Tuesday for doing the "right thing" and called on other corporations in fast food, airlines and retail industries to follow the retailer in raising wages.

Amazon has long been criticized for tough conditions in its fulfilment centres and for its demanding work culture.

That has included several fatalities, including one in 2013 when a conveyer system crushed a temporary worker in a New Jersey warehouse, according to the U.S. Occupational Safety and Health Administration (OSHA).

A separate OSHA investigation found that Amazon exposed some workers to stress from repeated exertions, bending and standing for up to 10 hours at a time.

Like several of the big U.S. tech firms, Amazon is also facing increased official scrutiny over how much tax it pays.

"With the Trump administration having previously taken aim at Bezos and Amazon, they need to be proactive to position themselves positively in the court of public opinion," said Tom Gimble, CEO of recruiting firm LaSalle Network.

"With many municipalities raising minimum wage over the next few years to approaching $15 per hour, this was not really a stretch for them to do that."

Target Corp raised its minimum hourly wage last year to $11 and promised to raise it to $15 an hour by the end of 2020, while the world`s largest retailer Walmart raised its minimum wage to $11 an hour earlier this year, even as both struggled with high transportation and raw material costs.

Amazon said it would increase its minimum wage for all full-time, part-time, temporary and seasonal employees.

Amazon also raised its minimum wage in Britain to 10.50 pounds ($13.59) an hour for all employees in the London area and 9.50 pounds an hour for staff in all other parts of the country, effective from Nov. 1.