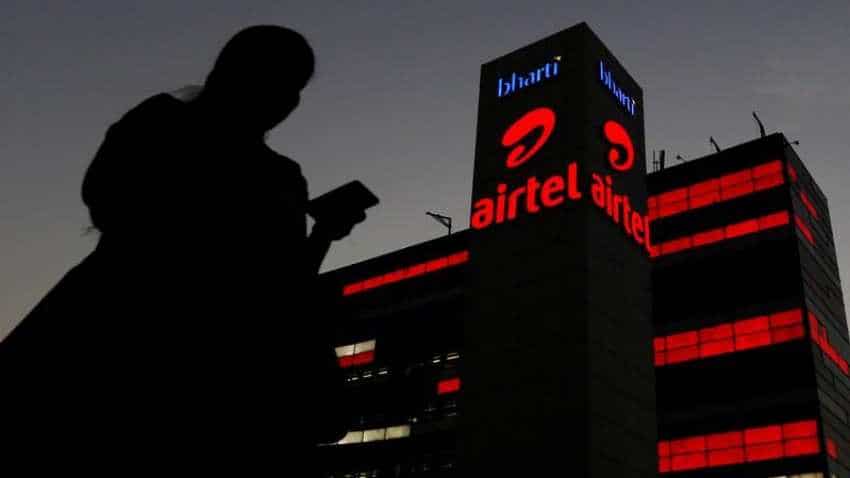 The firm had an exceptional income gain of Rs 2,022.1 crore in the quarter, it said in a regulatory filing to stock exchanges. Image source: Reuters

Telecom operator Bharti Airtel Thursday said its average revenue per user rose by 6.5 per cent to Rs 123 in the January-March quarter which is still not at "sustainable" level for the sector. The company had ARPU of Rs 116 in the same period a year ago. "The year has ended on a positive note with 4th quarter ARPU increasing to Rs 123 though still not at sustainable levels for the industry," Gopal Vittal, MD and CEO, India & South Asia, Bharti Airtel said in a statement.

The company's loss from India mobile services business more than doubled to Rs 1,377.8 crore in January-March 2019 compared with Rs 482.2 crore loss in the same period of the previous fiscal year.

The company -- whose profitability has been battered by intense price competition posed by richest Indian Mukesh Ambani's Reliance Jio -- earned a net profit of Rs 107.2 crore in January-March against Rs 82.9 crore it earned in the same period of the previous fiscal.

This is the first rise in profit after several quarters for the company. Revenue soared 6.2 per cent to Rs 20,602.2 crore for the three months ended March 31, 2019.

The firm had an exceptional income gain of Rs 2,022.1 crore in the quarter, it said in a regulatory filing to stock exchanges.

According to the quarterly performance report released Thursday, the mobile customer base of Bharti Airtel in India declined by 7.1 per cent on year-on-year basis to 28.26 crore at the end of March 2019 from 30.41 crore in March 2018.

The same was reflected in consolidated customer base which declined by 2.5 per cent on y-o-y basis to 40.36 crore in March 2019 from 41.38 crore in the previous year.

The company's consolidated net debt has increased to Rs 108,235 crore from Rs 106,367 crore in the previous quarter.

The consolidated mobile data traffic recorded y-o-y growth of 137 per cent at 3,836 billion megabytes in the reported quarter.

In India, mobile data traffic of Bharti Airtel grew to 3,705 billion megabytes during the reported quarter as compared to 1,540 billion MBs in the corresponding quarter last year.

"We continue to see robust growth in usage parameters with a YOY growth of 140.2 per cent and 23.4 per cent for data and voice traffic respectively. Our investments towards building capacities will continue to remain ahead of demand," Vittal said.

He said that network expansion and content partnerships have led to some opex headwinds on a full year basis.