Airbus to have large-scale presence at Aero India

From flying and static displays of its best-in-class products to showcasing its cutting-edge aerospace services, Airbus has planned one of its biggest-ever participation at Aero India to be held here from February 20 to 24, the company said Tuesday. 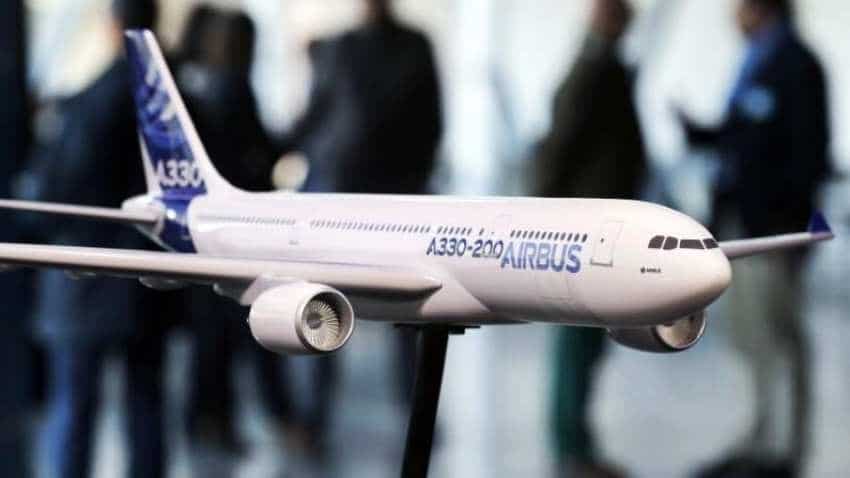 Demonstration flights will be performed by the new generation tactical airlifter C295 which can perform multi-role operations under all weather conditions. Image source: Reuters

From flying and static displays of its best-in-class products to showcasing its cutting-edge aerospace services, Airbus has planned one of its biggest-ever participation at Aero India to be held here from February 20 to 24, the company said Tuesday. Airbus said the centrepiece of the flyingdisplays will be the A330neo - the latest addition to theleading Airbus widebody family featuring advanced materials,new optimized wings, composite sharklets and highly efficientengines that together deliver 25 per cent reduced fuel burn and carbon dioxide emissions.

In helicopters, scale models of the H225M- the militaryversion of Airbus' H225 Super helicopter, the all-weather, multi-role force multiplier AS565 Mbe, H135 and H145 will be on display. Commercial aircraft scale models will include A330-900, the member of Airbus' A330neo new generation widebody, the A321neo and ATR 72-600, Airbus said in the statement.

Airbus will also demonstrate a wide range of service offerings, including through its fully owned subsidiaries Satair and Navblue, with particular focus and demonstrations of Skywise-based digital services. Also, on display will be Airbus' Advanced Inspection Drone which accelerates and facilitates visual checks, considerably reducing aircraft downtime and increasing the quality of inspection reports.