Air India Express flies to 13 international destinations and four domestic locations, and has 19 B737-800 aircraft. 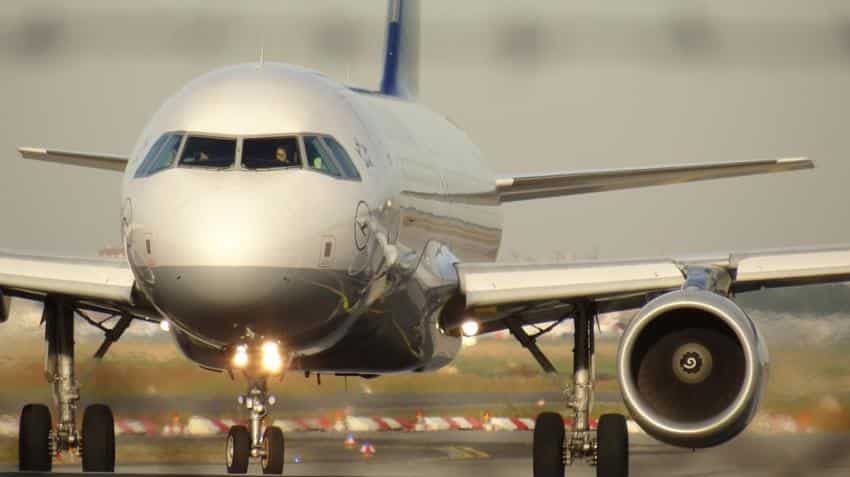 Air India Express posted a net profit of Rs 361.68 crore in FY16 compared to a loss of Rs 61 crore in the previous fiscal. Photo: Pixabay

With this, the Air India subsidiary, which flies to international destinations, the company has joined other domestic players like Jet Airways, which turned profitable for the first time in eight years in FY16, and SpiceJet, which reported its highest ever fiscal profit in FY16.

Air India Express flies to 13 international destinations and four domestic locations, and has 19 B737-800 aircraft.

"It offers flights to major international destinations within a distance of around four hrs from different cities in India. Most of the flights are quick-turnaround flights with a ground time of around one-hour at the destinations," the company said.

How does the carrier stack up against different domestic players? Let's take a look:

Air India Express posted a net profit of Rs 361.68 crore in FY16 compared to a loss of Rs 61 crore in the previous fiscal.

In FY16, airlines like IndiGo, Jet Airways, and SpiceJet reported all reported profits, mainly on the back of lower fuel prices.

InterGlobe Aviation, owner of IndiGo, reported a net profit of Rs 1,990 crore for the year-ended March 31, 2016, due to a steep fall in jet fuel prices and a gain in market share. It posted a revenue of Rs 16,601 crore, a 16% jump. IndiGo is the largest domestic airline in terms of market share.

India's second largest airline in terms of market share, Jet Airways, also tuned profitable in FY16, reporting its first ever annual net profit after eight years in operation. On a consolidated basis, the company's annual profit was reported at Rs 1,211.65 crore as against a net loss of Rs 2,097.41 crore a year ago.

Another low-cost carrier, SpiceJet, reported its highest-ever annual profit of Rs 407 crore for the financial year-ended on March 31, as compared to a net loss of Rs 687 crore in the previous fiscal.
This is only about Rs 45 crore more than the net profit Air India Express posted in the same period.

Air India Express' market share figures are not shared in the data released by the Directorate General of Civil Aviation (DGCA). We contacted the airline for an update on the market share, but the email didnot garner a response till the time of publishing this article.

Amongst the domestic airlines, IndiGo has the highest market share in the Indian market. DGCA data for July showed that IndiGo continued to dominate the Indian aviation industry with 39.8% market share on a monthly basis.

As for SpiceJet, in July, the company's market share fell to 12.7% from 18% in the same period last year. On an annualised basis, in FY16, SpiceJet came in third with 13% market share.

As per a report in The Economic Times, the fleet size of Air India Express remained unchanged at 17 aircraft from the previous fiscal. Factors like higher passenger load factor and better utilisation of its assets helped the company post positive financial results for the first time in 11 years.

"The year witnessed passenger load factor of 82.3% against 81.4% in the previous year while the average daily aircraft utilization rose to 11.3 hours from 10.8 hours. The year, the Airline carried 2.80 million passengers as against 2.62 million in the previous year," AI Express said.

As per the latest data available with DGCA, in July, SpiceJet had the highest passenger load factor at 92%. While Jet Airways' passenger loan factor was 83.8%, which was marginally more than IndiGo's 83.6%.

Having mentioned that, it's important to note that Air India Express' B737-800 aircraft has a capacity of 180 seats, which is lesser than most other airlines.

Air India Express did not responded to an email sent to them seeking information about cancellation, delays, and denied boarding cases.

However, among the domestic airlines, Jet Airways registered highest cases of denied boarding in July, which affected 861 passengers. Jet Airways' 347 passengers were affected due to cancellations and 2,642 travellers due to delays that went beyond two hours.

While, SpiceJet reported no cases of denied boarding in July, at the same time, 1,090 passengers were affected due to flight cancellations and 3,750 travellers, due to delays beyond two hours.

As per DGCA data, on a monthly basis, IndiGo did not registered any cancellations and denied boarding cases. But 19,116 passengers were affected due to delays beyond two hours.