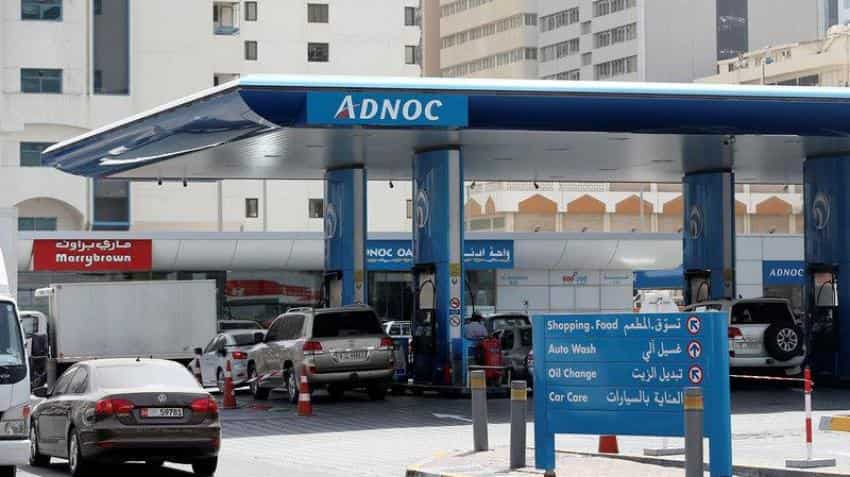 Oil Minister Dharmendra Pradhan said ADNOC last week signed an agreement to use half of the underground storages built at Mangalore as part of emergency stockpile.

ADNOC has indicated its oil consignments for next two months are booked and it would start filling the Mangalore storage it has taken from April, he said.

It would take three very large crude carriers (VLCCs) to fill 5.86 million barrels or 0.75 million tonnes of space it has taken in Mangalore.

The storage would be filled by May, he said.

ADNOC had last year given up its crude storage lease in South Korea and instead agreed to store oil at Mangalore in a bid to establish ground presence in world's third largest oil consuming nation.

Out of the crude stored, a part would be used for commercial purposes by ADNOC, while a major part would be purely for strategic purposes.

The oil stored in the underground rock caverns at the three locations are to be used in an emergency.

The Strategic Petroleum Reserves (SPR) at Mangalore consists of two compartments with a total storage capacity of 1.5 million tonnes (11 million barrels), he said.

While one compartment has been filled with crude oil through funds made available by the government, the other compartment will be filled by crude supplied by ADNOC, he said.

India imports over 80 per cent of its crude oil needs, out of which about 8 per cent is supplied by the UAE.

ADNOC hired the Mangalore storage just as it ended a contract to store 6 million barrels of crude oil at Korea National Oil Corp's Yeosu facility in the country's southwest coast.