The State of Working India (SWI) report by the Centre for Sustainable Employment at Azim Premji University said there is an urgent need to think comprehensively about employment and for the government to formulate a focused National Employment Policy. 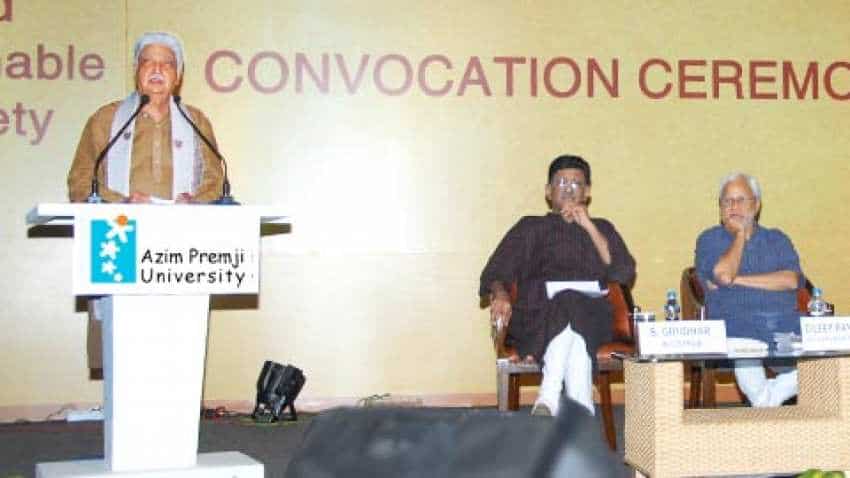 The SWI report by the Centre for Sustainable Employment at Azim Premji University said there is an urgent need to think comprehensively about employment. Representational Image, source: Official website
Written By: IANS

India's structural transformation has been slower than desired resulting in a situation that there has been an absolute decline in employment post 2013, with the rate of unemployment among the youth now at 16 per cent, says a report by one of the country`s noted private universities released on Tuesday.

The State of Working India (SWI) report by the Centre for Sustainable Employment at Azim Premji University said there is an urgent need to think comprehensively about employment and for the government to formulate a focused National Employment Policy.

"Between 2013 and 2015, total employment actually shrank by seven million. More recent data from private sources show that the absolute decline has continued past 2015," it said.

"A recent study claims, to the contrary, that the economy generated 13 million new jobs in 2017. Unfortunately, this optimistic conclusion depends on selective use of data and unjustified assumptions. As a result, the rate of unemployment among the youth and higher educated has reached 16 per cent."

India`s new payroll data prepared by the Employees Provident Fund Organisation (EPFO) shows that around 9.5 lakh jobs were created in the formal sector in July, as against the requirement of more than a million joining the workforce each month.

The SWI report conceives of India`s ongoing structural transformation as composed of two processes -- movement of workers from agriculture to non-farm occupations and from informal to formal activities -- while it adds crucial considerations of social equity and ecological sustainability to this framework.

India`s problem has traditionally been known as not one of unemployment but underemployment and low wages, according to the report. "But a new feature of the economy is a high rate of open unemployment, which is now over 5 per cent overall, and a much higher 16 per cent for youth and the higher educated," it said.

"The increase in unemployment is clearly visible all across India, but is particularly severe in the northern states." According to SWI, adjusted for inflation, wage rates have grown in most sectors at 3 per cent per annum or more. "But 82 per cent of male and 92 per cent of female workers earn less than Rs 10,000 a month," it said.

In this regard, the minimum salary recommended by the Seventh Central Pay Commission (CPC) is Rs 18,000 per month. "Even in the organised manufacturing sector 90 per cent of the industries pay wages below the CPC minimum. The situation is worse in the unorganised sector," the report said.

Last but not least, gender disparities are still high but are reducing in some cases, according to the SWI.

Women are 16 per cent of all service sector workers but 60 per cent of domestic workers, while overall women earn 65 per cent of men`s earnings.

"The Indian economy remains heavily gender segregated. Occupationally, women are under-represented among senior officers, legislators and managers. The situation has worsened with the proportion falling from 13 per cent in 2011 to 7 per cent in 2015," the report said.

The ratio of male to female labour force participation rate varies from less than 0.2 in Uttar Pradesh and Punjab to 0.5 in Tamil Nadu as well as Andhra Pradesh, and to above 0.7 in Mizoram and Nagaland, it added.