According to the survey, 58 per cent of the respondent banks reported a rise in NPAs, significantly lower than 80 per cent in the previous round. Infrastructure, metals and engineering goods were key contributors to the bad debt. 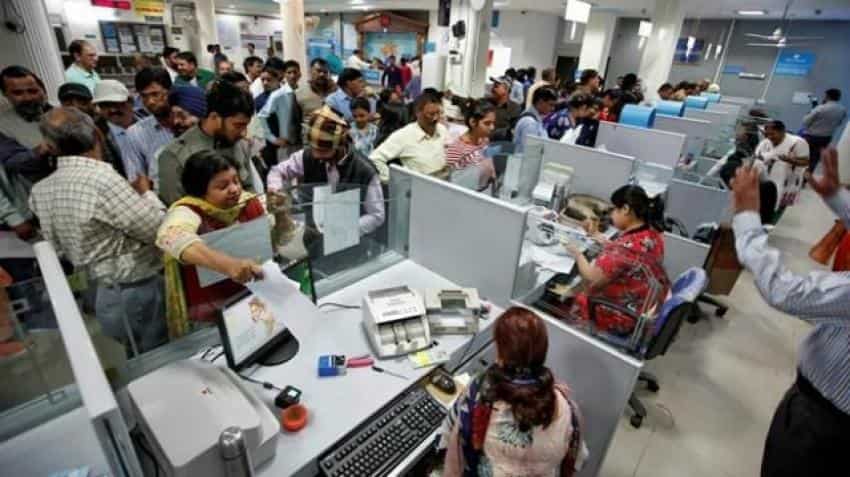 The percentage of banks reporting a rise in non performing assets (NPAs) in July-December last year has reduced significantly, indicating stability in credit environment, according to a report.

The latest round of the Ficci-IBA survey drew responses from 19 public sector, private and foreign banks representing 59 per cent of the banking industry by asset size.

According to the survey, 58 per cent of the respondent banks reported a rise in NPAs, significantly lower than 80 per cent in the previous round. Infrastructure, metals and engineering goods were key contributors to the bad debt.

However, only 28 per cent banks reported a rise in the number of requests for restructuring of loans as compared to 40 per cent in the previous round.

For the forthcoming Union Budget, the banks demanded full tax deduction on the NPA provisioning; reduction in corporate tax rate; and accelerated investments in infrastructure sector.

"Most of the responding banks have suggested reduction in corporate tax rate from 30 per cent to 25 per cent, lowering of MAT rate to 15 per cent and enhancing tax deductions and exemptions for individuals. This should boost credit demand at both corporate and retail level," said Ficci on the report.

The survey was carried out for the period July to December 2017.

The number of banks reporting increase in share of CASA deposits has been lower in the current round of survey, with 48 per cent indicating an increase as against 58 per cent in the previous round. Around 35 per cent of the respondents have also cited a moderate decline in CASA deposits.

"Withdrawal of deposits made earlier during demonetisation, slow growth in current account deposits and withdrawals for agricultural activity have been cited as key reasons for such decline," said the report.

CASA (current account savings account) is mobilised at a very low rate and subsequently deployed for lending at a much higher rate resulting in higher margin for banks.

The respondent banks have suggested that government should allow full tax deduction on the NPA provisioning as against the cap of 5 per cent of taxable income, in the Budget.

They also suggested more incentives for promoting digital transactions for merchants and users and creation of dedicated fund for digital payments infrastructure in the Budget.

Moreover, the first time users of digital payments have gone up in the last one year. To enhance digital transactions, in addition to the incentives, banks have suggested improvement in data security infrastructure and widening the reach of digital platforms to all strata of the society.

Lenders have welcomed the recapitalisation plan of Rs 2.11 trillion for public sector banks and believe that it will help in boosting credit growth and subsequently growth recovery of the economy.

Banks have suggested that reforms for the sector should go hand in hand with recapitalisation plan and there should be improvement in processes and policies in the public sector banks to avoid further erosion of capital.

Additionally, some of the respondents were of the view that the amount of recapitalisation will not be adequate and banks would need to consider raising additional capital through QIP route or through monetisation of non-core assets.

The survey revealed that banking sector performance during July-December remained more or less similar to the previous six months on the parameters studied. Nearly 67 per cent of the respondents have maintained their credit standards for large as well as small enterprises.