Weak consumer sentiment due to  high interest  cost and liquidity constraints continued to subdue sales of some Indian automobile companies in February. 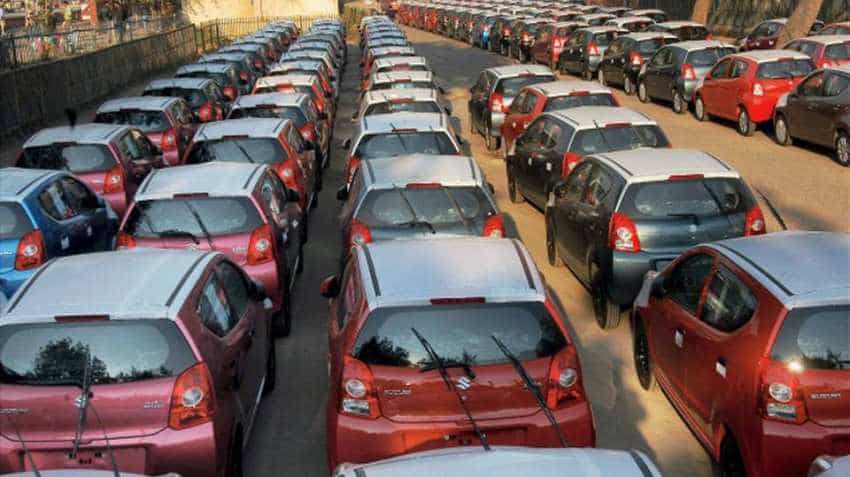 Weak consumer sentiment due to high interest cost and liquidity constraints continued to subdue sales of some Indian automobile companies in February. Additionally, caution ahead of general elections also dampened monthly demand. On Friday, automobile major Maruti Suzuki India said overall sales, including exports for February slipped by 0.8 per cent to 148,682 units from 149,824 units sold in the year-ago period.

In the domestic market, it sold 139,100 units last month, up by 0.9 per cent per cent from 137,900 units sold in the corresponding month in 2018. However, the carmaker exported 9,582 units, registering a decline of 19.6 per cent per cent from 11,924 units shipped out in the year-ago month. Another auto major Tata Motors` commercial and passenger vehicles sales in the domestic market witnessed a drop of 3 per cent or 57,221 units in February as against 58,993 units sold in the year-ago month due to weak consumer sentiments.

On the other hand, automobile major Mahindra & Mahindra (M&M) reported a 10 per cent rise in its overall sales to 56,005 vehicles during the month under review as against 51,127 units sold in the year-ago month. Commenting on the performance, Rajan Wadhera, President, Automotive Sector, M&M said: "The month of February has augured well for Mahindra. We have witnessed a strong double digit growth of 16 per cent in our UV portfolio, on the back of our newly launched XUV300 model."

"Further, the overall growth for the month has been around 10 per cent. On a YTD basis, too, we have shown a strong growth of 12 per cent at an overall level." Exports for January 2019 stood at 3,090 vehicles with a growth of 16 per cent.

Two- and three-wheeler maker TVS Motor Company on Friday said it logged three per cent sales growth last month. In a statement, the company said it sold 299,353 units last month up from 290,673 units sold in February 2018.

The company`s sale of two-wheelers decreased to 617,215 units, compared to 629,597 units sold in February 2018. In terms of passenger vehicle sales, Sridhar V., Partner, Grant Thornton India, said: "Passenger vehicle segment still sees a challenge on account of customer sentiments being still at a low ebb along with reduction in interest rates announced by RBI not yet being passed on."

"Going by the sales numbers reported by the top OEMs, the low single-digit growth seen is apparently arising out of the traction some of them have gained from new introductions both in the utility vehicle and compact segment." On commercial vehicles, Shamsher Dewan, Vice President and Sector Head - Corporate Ratings, ICRA, said: "The domestic CV sales continued to remain tepid during February 2019 in line with the expectation. Lower demand because of revised axle load norms, high-base effect and overall subdued consumer environment contributed to lower sales."

"We expect this trend to continue in the near-term as industry inventory levels adjust. The demand environment will improve gradually in FY2020 on the back of pre-buying and continued traction from construction sector."