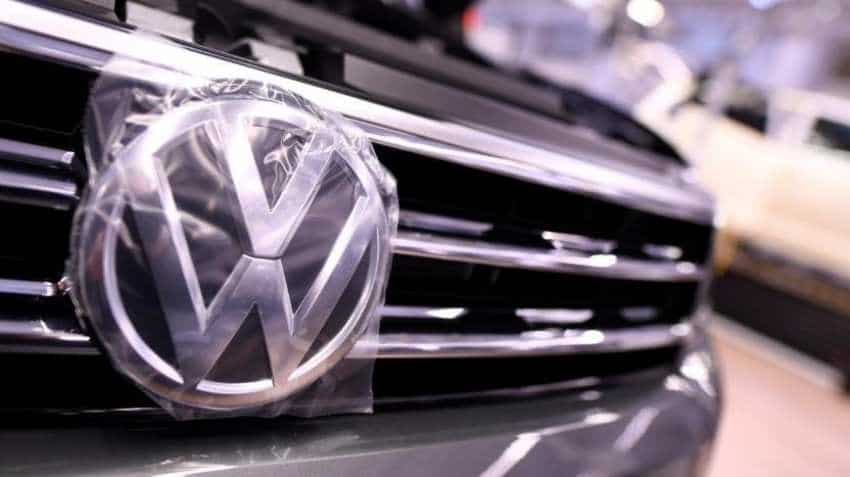 Sales of higher-margin sports utility vehicles and cost cuts helped Volkswagen shrug off a 1 billion euro legal charge to meet first-quarter operating profit forecasts on Thursday, sending its shares 4.5 percent higher. Earnings before interest and taxes (EBIT) fell to 3.9 billion euros ($4.4 billion) from 4.2 billion a year earlier but were in line with the 3.92 billion euros expected by analysts despite the extra-legal charges. Adjusted for one-off factors, EBIT rose by a forecast-beating 14 percent, or 0.6 billion euros, to 4.8 billion euros, at a time when other carmakers and suppliers were cutting their outlook. Luxury brands Porsche and Audi remain key profit contributors, making up around 40 percent of group EBIT. "Volkswagen is defying the odds and growing earnings while others decline," Bernstein Research analyst Max Warburton said in a note on Thursday.

By contrast, Daimler`s adjusted operating profit had fallen 30 percent in the first quarter, Metzler analyst Juergen Pieper said. Ongoing supply bottlenecks caused by difficulties getting cars certified for stricter emissions tests, as well as economic weakness in China, South America and Russia, and legal issues pose risks to Volkswagen Group`s business, the carmaker said. As a result, the return on sales for passenger cars will likely be at the lower end of its 6.5 percent to 7.5 percent margin target for the year, the carmaker said. Volkswagen stuck to its forecast of higher unit sales, revenue growth of up to 5 percent this year, and for a group operating return on sales of 6.5-7.5 percent. And that`s despite falling demand at luxury brands Audi and Porsche which saw sales drop 3.6 percent and 12.3 percent respectively. Volkswagen`s Bentley brand also managed to reverse losses, the carmaker said.

Volkswagen maintained its guidance for free cashflow to reach 10 billion euros by 2020, despite an inventory build-up due to difficulties getting vehicles cleared for sale in China and the United States. Volkswagen said in March it planned to launch almost 70 new electric models by 2028, aiming to put itself at the forefront of the industry`s shift to zero-emissions driving following the 2015 scandal over its cheating of U.S. diesel emissions tests. The company set aside 1 billion euros for additional risks for the scandal which has cost it 30 billion euros since it was caught using illegal engine control software to cheat U.S. pollution tests in 2015.

Volkswagen said the provisions are not related to prosecutor charges filed last month against former Volkswagen CEO Martin Winterkorn and four other Volkswagen executives who are accused of fraud for failing to report systematic emissions cheating. Passenger car sales fell 3 percent to 2.55 million vehicles during the quarter, with sales of the Volkswagen brand down 4.5 percent, but improvements in pricing and higher sales of sports utility vehicles helped the multi-brand group post resilient earnings. Earnings at Volkswagen brand, Skoda, Audi, and commercial vehicles came in ahead of expectations, analysts at Citi said.