The world`s largest automaker is still grappling with investigations and lawsuits around the world related to revelations that it cheated government emissions tests for diesel-powered vehicles and has already paid $30 billion in fines and costs for the fraud. 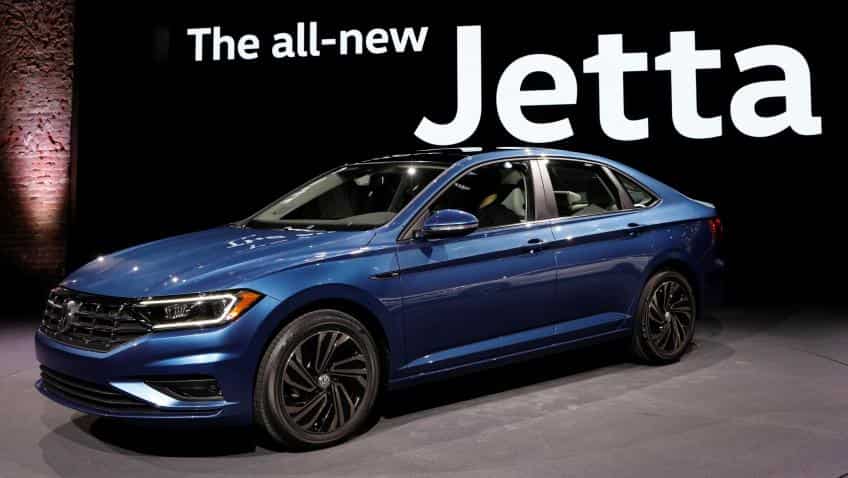 Volkswagen launched an all-new Jetta compact car, its biggest seller in America, at the Detroit Auto Show on Sunday as it looks to revive sales in the world`s second-largest auto market and move on from the emissions scandal that has tarnished its reputation over the past few years.

The world`s largest automaker is still grappling with investigations and lawsuits around the world related to revelations that it cheated government emissions tests for diesel-powered vehicles and has already paid $30 billion in fines and costs for the fraud.

But there are signs the German carmaker is repairing the damage with consumers. Volkswagen brand sales worldwide rose to a record 6.23 million cars in 2017, with demand in the United States growing for the first time since 2013, VW said late on Sunday.

"Some of our critics thought the diesel crisis would block our view. Instead we have, undeterred by the crisis or rather fired by it, developed our digitization and electrification strategy," Audi CEO Rupert Stadler, a member of VW`s executive board, told reporters on Dec. 11.

In the United States, VW brand sales rose 5.2 percent in 2017, even as U.S. consumers turned away from smaller cars that are still the brand`s mainstay.

"We are really starting to see the efforts of our work reflected in our sales," Hinrich Woebcken, the new head of the Volkswagen brand in North America, said on Sunday at the Detroit auto show.

Spurred by a perception that the authoritarian culture at VW had been a factor in the cheating, top management has also loosened the reins on the VW empire and decentralized power from its Wolfsburg, Germany headquarters.

For example, German native Woebcken told reporters on the sidelines of the Los Angeles auto show in November that U.S. managers concluded that the original name for an SUV the company planned to launch in America would not work.

The original name "started with a T, and then it broke your tongue," Woebcken said.

"It`s unusual to give a regional name to a product," Woebcken said. "In terms of VW, it is a pretty big thing."

"We have given the regions much more responsibility and we are improving operations," he said, adding the new Jetta would be $100 cheaper than the outgoing model even though it offers additional driver-assistance functions and LED lights as standard.

VW Group CEO Matthias Mueller will stay away from the Detroit auto show next week to let the carmaker`s U.S. leaders present the redesigned Jetta, which represented a third of the brand`s 340,000 U.S. sales in 2017.

With a lowered roofline and a new 8-speed automatic transmission, the model is tailored to U.S. design and fuel-economy needs and drew more input from North American engineers than its predecessor, the sources said ahead of the launch.

VW`s historical underperformance in the United States was a problem for the company long before "dieselgate" and the failure by top managers to tap the SUV boom and other market trends in 2014 caused labor boss Bernd Osterloh to denounce VW`s U.S. business as a "catastrophe."

VW now hopes to reshape its image, in part by persuading environmentally conscious, younger consumers and regulators in its major markets that it is serious about electric vehicles (EVs). VW has raised its planned spending on EVs, self-driving technology and digital mobility businesses across the group to 34 billion euros ($41 billion) through 2022.

Volkswagen is now betting that a new modular platform dubbed MEB, designed to underpin more than 20 purely battery-powered brand models, will allow it to turn profits on EVs when they launch from 2019, in part because they share parts with other cars built from MEB.

Woebcken said in Los Angeles that VW was working on a decision about where to build future EVs for the United States, including a new VW Microbus promised for 2022.

VW has been teasing U.S. consumers with Microbus concepts for years, trying to rekindle the warm feelings for the vehicle synonymous with the free-wheeling 1960s.

"We did not have a clue how to get it industrialized," Woebcken said. "Now, we have, with the MEB platform. It`s decided. It`s industrialized. It will come."