"With the new generation Camry Hybrid, which is self charging electric vehicle, we are moving one step ahead towards cleaner and greener environment " TKM Managing Director Mazakazu Yoshimura told reporters here. 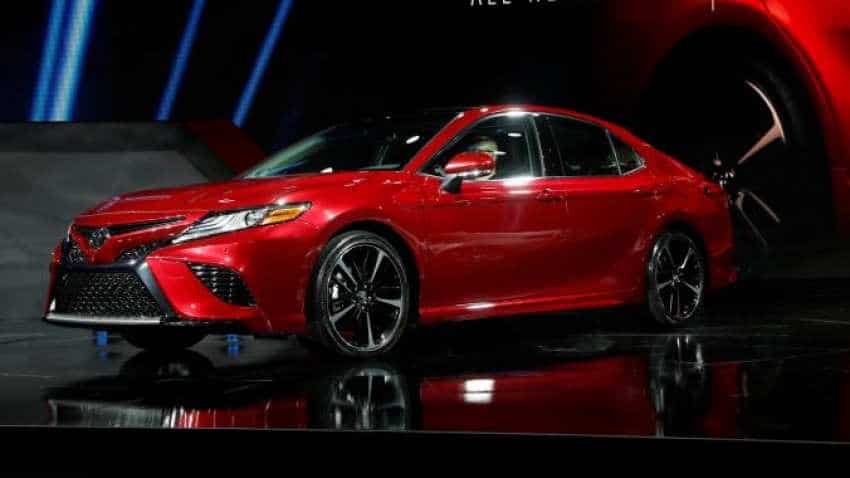 The company, which is a joint venture between the Japanese auto major and Kirloskar group, assembles the vehicle at its Bangalore-based plant.

"With the new generation Camry Hybrid, which is self charging electric vehicle, we are moving one step ahead towards cleaner and greener environment" TKM Managing Director Mazakazu Yoshimura told reporters here.

With changing market dynamics in terms of safety and emission norms, the auto industry in the country will have to come up with solutions that lead towards conservation of environment, he added.

"Globally, we have been the pioneers in hybrid technology and this has been an important focus for us in a market like India which is moving towards greener sustainable future," Yoshimura said.

He, however, ruled out coming out with mass segment models with such hybrid technology in the near future.

The new generation Camry Hybrid comes with a 2.5 litre petrol engine mated with an electric motor delivering a fuel efficiency of 23.27 km per litre.

Other features include 9 airbags, impact sensing fuel cut off, brake hold function among others.

Globally, Toyota sells Camry Hybrid in over 100 countries and so far has sold over 19 million units till date.

In India, the vehicle was first introduced in 2002; and since then, the company has sold over 11,000 units cumulatively.

In later part of 2017, TKM had to cut down the production of the vehicle as demand for the model was adversely impacted due to increase in price post GST implementation.

Currently, the company's Bangalore-based facility can roll out around 125 Camry Hybrid units a month.

Under the GST regime, hybrid vehicles were put in the same category as big petrol and diesel luxury cars, attracting 28 per cent rate with a cess of 15 per cent.