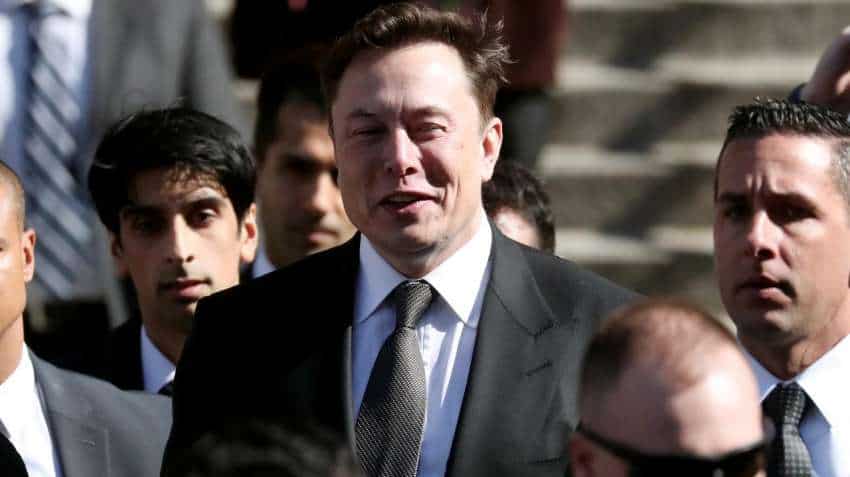 Fueled by a surprise third-quarter profit, progress at a new factory in China and better-than-expected car deliveries in the fourth quarter, Tesla`s stock has more than doubled in the past three months. Photo: Reuters
Written By: Reuters
RELATED NEWS

For the first time, Tesla Inc`s stock market value has eclipsed the combined values of General Motors Co and Ford Motor Co. The Silicon Valley electric-car maker`s stock jumped nearly 5% on Wednesday, closing at a record $492.14 per share and elevating its market capitalization to almost $89 billion (67.9 billion pounds), or $2 billion larger than the sum of General Motors` and Ford`s respective market caps of $50 billion and $37 billion.

Fueled by a surprise third-quarter profit, progress at a new factory in China and better-than-expected car deliveries in the fourth quarter, Tesla`s stock has more than doubled in the past three months.

“It’s clear that Tesla is back to being a story stock and there’s a lot of good news out there,” said David Kudla, chief investment strategist at Mainstay Capital Management. “But there are still some problematic issues out there, chief among them is what will its sustained profitability look like, and when will it start to be valued like a car company and not a tech company.”
The progress made by Tesla Chief Executive Elon Musk has defied short-sellers and other traders expecting the automaker to be overtaken by long-established car companies, including GM and Ford.

Underscoring investors` confidence in Musk and his company`s future growth, its market capitalization has outpaced its U.S. rivals, even as their businesses dwarf Tesla`s. GM and Ford each delivered more than 2 million vehicles in the United States last year, compared with Tesla`s worldwide deliveries of 367,500 vehicles.

While Tesla`s recent progress has cheered supporters, many analysts and investors remain pessimistic about the company`s ability to consistently deliver profit and cash flow.

The company has repeatedly missed targets in recent years and Musk`s mercurial behavior has come under close scrutiny from financial regulators and shareholders of Tesla.

However, most mainstream automakers are still ramping up new generations of electric vehicles designed to compete with Tesla`s combination of style, technology and performance.

German automakers Volkswagen AG , Daimler AG and BMW AG all have promised to launch fully electric premium models. GM’s Cadillac luxury brand is gearing up to launch a series of electric SUVs and cars, while Ford’s Mustang Mach-E electric SUV, unveiled in November, will launch later this year and could compete with Tesla’s Model X or soon-to-launch Model Y SUVs. Ford, GM and other manufacturers have electric pickups in the works to take on Musk’s futuristic Cybertruck.

More analysts rate Tesla "sell" than "buy," which is extremely unusual for companies on Wall Street. Eleven analysts recommend buying Tesla shares, while 13 recommend selling and another nine are neutral, according to Refinitiv data.

Shares of GM are about unchanged over the past 12 months, while Ford has risen 10%, both drastically underperforming the broader market, with a slump in China car sales hurting investor sentiment in both of those companies.