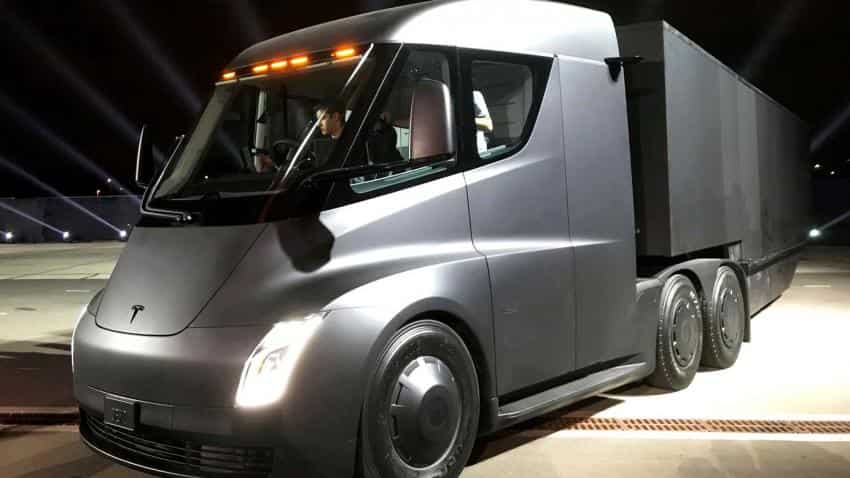 The Semi, scheduled for rollout in 2019, is Tesla`s next step to move the economy away from fossil fuels through electric cars, solar roofs and power storage.

DHL Supply Chain, which provides transportation, warehousing and distribution services for U.S. manufacturers and retailers, ordered 10 trucks to test at customer facilities in major U.S. cities, the company said in a statement.

"The trucks will be used for shuttle runs and same-day customer deliveries, and will be tested for fuel efficiency on longer runs from major markets to other DHL operations across the country," the company said.

Fortigo, based in Etobicoke, Ontario, ordered one Tesla Semi with a down payment of about 26,000 Canadian dollars (U.S. $20,290), with a balance due of under U.S. $181,000 when the Tesla is delivered, Chief Executive Elias Demangos said by email on Tuesday.

"We`ll be running it in a pilot programme to ensure it meets our business objectives," Demangos said.

Tesla will not provide a tally of orders it has received for the truck, company spokesman Dave Arnold said in an email.

The limited early orders reflect uncertainty about the market for electric commercial vehicles. The 500-mile (800 km) range between charges for the Tesla Semi is about half the range between fill-ups of a diesel Class 8 truck. Heavy batteries cut payload and add cost, potential deal killers for fleet buyers focused on operating cost per mile.

However, Tesla, and truck makers such as Daimler AG