A Tesla Model S Plaid crashed at the Nurburgring raceway in Germany. 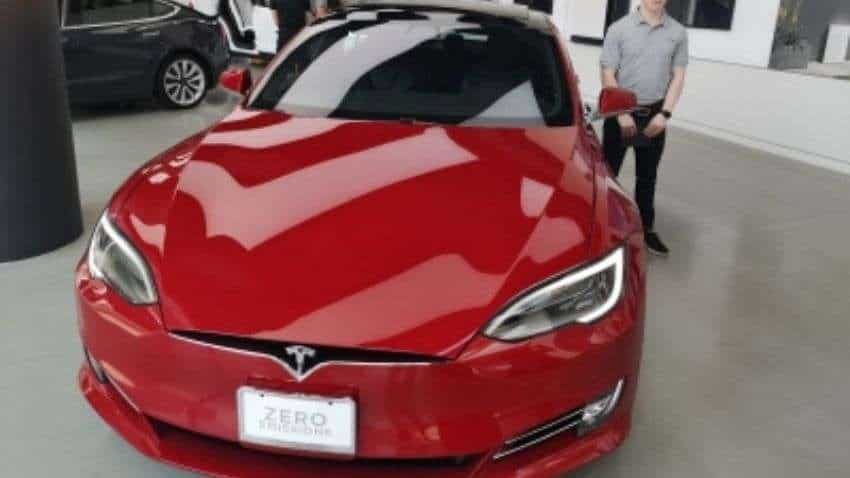 A Tesla Model S Plaid crashed at the Nurburgring raceway in Germany while several vehicles were on track attempting to set time records on the 12.94-mile course, the media reported.

The Model S Plaid, Tesla's fastest production vehicle, was sharing the "Green Hell" with a 2022 Corvette Z06 prototype and a BMW M8 test-mule, according to Road and Track, who originally reported the crash.

The Model S went out of control in the Klostertalkurve in kilometre 14, which comprises a series of sharp, paper clip-like turns before extending into a straightaway.

The BMW crashed as well in the Kesselchen sector, which is located in kilometre 12 of the 20.82 km track, reports Teslarati.

The BMW crash was more severe than the Tesla accident as the German automobile collided with the barriers at high speed. Meanwhile, the Model S Plaid suffered an impact with the barrier at a lower speed and was not as badly damaged as the BMW.

Both drivers are believed to be in good condition, the report said.

Tesla has been at the Nurburgring on and off for the past two years, first making an appearance in October 2019 at the track with the Model S Plaid.

The tri-motor powertrain was spotted in late 2019 sporting a massive rear diffuser for aerodynamic performance, a rear spoiler for more downforce and a wider body style than its Model S P100D predecessor.

Tesla developed the car for several years before finally delivering the first units of it in June 2021.