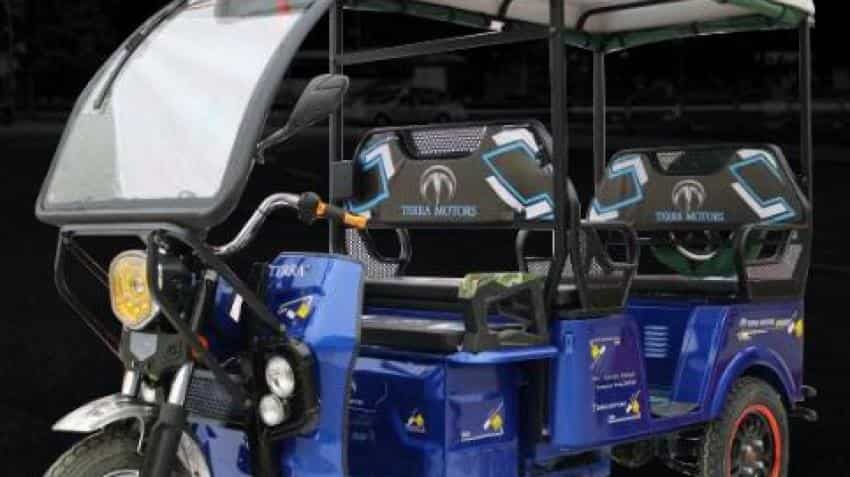 Terra Motors, which has sold around 12,000 e-rickshaws in the country since 2014-end, is now focussing to expand its product portfolio in the country. Image source: Company website

Japanese electric vehicle maker Terra Motors Corporation is working on a slew of products, including a three wheeler and two wheeler, which it plans to launch in India over the next two years. The company, which has already invested around USD 5 million in the country, has lined up further investment of around USD 5 million for product development and capacity expansion. "We started business in India in 2014-end and now we are aiming to become number one electric vehicle manufacturer in the country," Terra Motors MD Akihiro Ueda told PTI.

The company, which has sold around 12,000 e-rickshaws in the country since 2014-end, is now focussing to expand its product portfolio in the country. "We are in the process of developing e-three wheeler with litium-ion battery which we aim to launch next year and after that try to bring in an e-two wheeler by 2020," Ueda said. The company plans to invest around USD 5 million -- 1.5 million to 2 million this year alone on R&D this year besides USD 3 million extra for putting up new assembly lines for e-three wheeler, he added.

"We see India as biggest opportunity. We (headquarters) have raised a total of USD 10 million and it is our intention that at least half of it should be invested in India over the next two years," Ueda said. Terra Motors, which is a leading electric vehicle maker in Japan, also plans to make make India export hub for Asian countries. The company, currently, imports parts from China and then assemble the units at its three plants in India.

Commenting on sales target for the year, Ueda said the company aims to sell 12,000 e-rickshaws this year. It also plans to double its sales network to 150 by end of this year. Tokyo-headquartered Terra Motors is the leader in electric two and three-wheelers in Japan. It also has presence in various Southeast Asian countries like Vietnam and the Philippines.