Rolls-Royce debuted Black Badge model with Wraith and Ghost in 2016 followed by Dawn in 2017. Now, the family has been completed for the first time in India with the introduction of Black Badge Cullinan in New Delhi: the darkest and most urban statement of Black Badge yet. 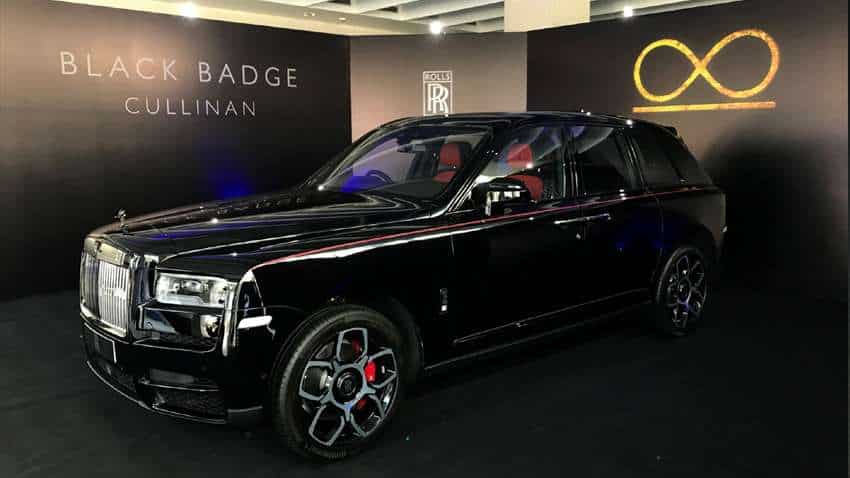 Rolls-Royce debuted Black Badge model with Wraith and Ghost in 2016 followed by Dawn in 2017. Now, the family has been completed for the first time in India with the introduction of Black Badge Cullinan in New Delhi: the darkest and most urban statement of Black Badge yet. "Throughout history, India has been influential to Rolls-Royce by being a proving ground with events such as the Bombay - Kolhapur Motor Trial and the Mysore Cup. Rolls-Royce was the natural motor car of choice for India’s Maharajas," Rolls Royce said.

Yadur Kapur, CEO for Rolls-Royce Motor Cars New Delhi said, “Rolls-Royce Black Badge is transformative for us here in North India and addresses a new breed of customer. The customer is
generally younger and more adventurous, and is aligned to the emergence of younger, successful Indian entrepreneurs. Black Badge Cullinan is perfect for our customers who dare to be different, yet also enjoy the versatility of the most ultra-luxurious, bespoke SUV in the world.”

- Black Badge Cullinan caters to new group of younger, adventurous Rolls-Royce customers who are not bound by convention

- Cullinan introduced as darkest, most urban expression of a Black Badge motor car yet

Torsten Müller-Ötvös, Chief Executive Officer, Rolls-Royce Motor Cars, says, “Black Badge reflects the desires of a distinct group of Rolls-Royce clients: men and women who take risks, break rules and build success on their own terms. Indeed, before we launched Black Badge in 2016 the idea of creating a product that would satisfy this subversive cohort – that is highly dynamic and wilfully rebellious in aesthetic – caused a great deal of internal debate. However, once the marque’s designers, engineers and craftspeople began pursuing this dramatic alter ego, it became clear that these motor cars could not only exist comfortably beneath this revered and historic brand but they would define a new space within the super-luxury market. In this spirit, the time has come for Rolls-Royce’s boldest and darkest expression of Black Badge yet. The King of the Night, Black Badge Cullinan.”