Renault sticks to 2019 goals, with focus on fixing Nissan alliance 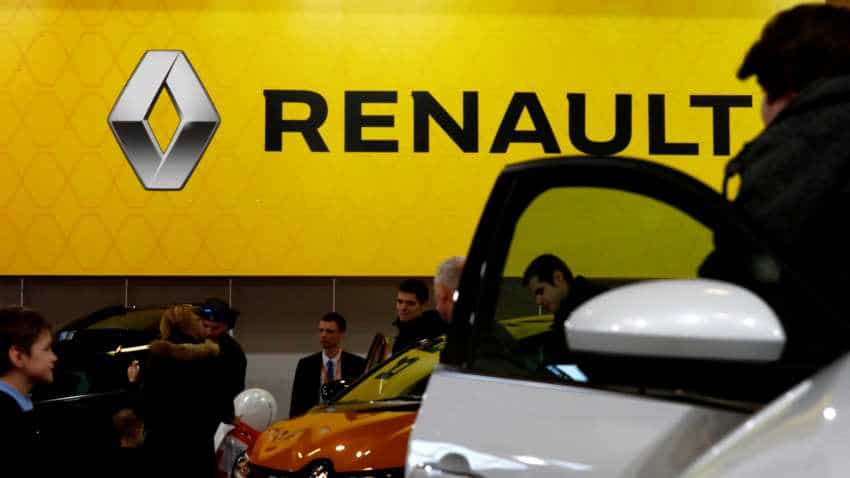 Renault clung to full-year targets on Friday as declining overseas sales and business with Japanese partner Nissan led to a 4.8 percent first-quarter revenue drop. The French carmaker reiterated that the two companies are pursuing talks on a more permanent structure for their alliance, which has been shaken by the ousting of former chairman and chief executive Carlos Ghosn for alleged financial misconduct.

Renault`s revenue fell to 12.527 billion euros ($13.95 billion) for January-March as deliveries declined by 5.6 percent to 908,348 vehicles, hit by its withdrawal from Iran last year. Sales volumes for the quarter were down in all regions outside Europe, where they rose 2 percent, as the global auto market contracted by 7.2 percent, Renault`s sales chief Olivier Murguet said in a presentation to reporters and analysts.

"In this context, Renault outperformed the market," Murguet added of the French carmaker, which has struggled with tighter emissions standards and a shift away from diesel.

Under new Chairman Jean-Dominique Senard, Renault is pursuing tie-up talks that had begun under Ghosn to give the alliance a more permanent structure - as mandated by the French government, which owns a 15 percent stake in Renault.

"What we want is for the alliance to be irreversible," Chief Financial Officer Clotilde Delbos told analysts. "This is what we`re pursuing collectively with Nissan - that hasn`t changed."

As the carmakers wind down Renault-Nissan BV, the Dutch-registered management organisation caught up in the Ghosn scandal, Renault is proposing a new joint company in a third country, Japanese daily Nikkei reported on Friday.

Shares in Renault rose 1.5 percent to 60.47 euros at 0834 GMT, despite its quarterly revenue figure falling slightly short of the 12.6 billion expected by analysts, based on the median of nine estimates in an Infront Data poll.

The carmaker also cut its 2019 global auto market growth forecast to a negative 1.6 percent from a previously stable outlook. The European market is expected to be broadly flat, providing a hard Brexit is avoided, it said.
During the quarter, pricing improvements and a demand shift to more expensive vehicles boosted automotive revenue by a combined 1.3 percent, countering exchange-rate setbacks.

"Volumes were softer than expected, and price did not come close to offsetting the (currency) headwind in the quarter," Citi analyst Raghav Gupta-Chaudhary said. But markets are more focused on how the alliance can survive Ghosn, he added.

Sales volumes fell 5.3 percent in the Americas region and 18 percent in Asia-Pacific, including China.