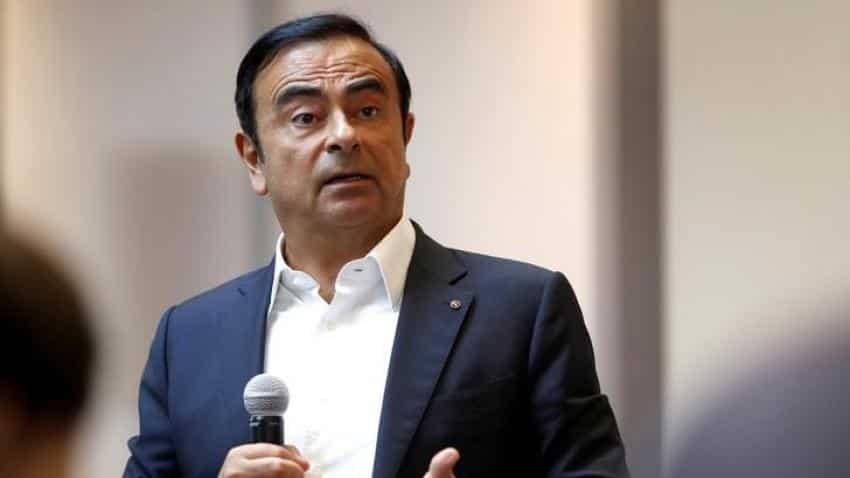 Renault said on Thursday its board had asked Chief Executive Carlos Ghosn to stay on for another four years and pursue closer integration with alliance partner Nissan.

Ghosn, 63, should "take decisive steps to make the alliance irreversible" during his next term, to be proposed to shareholders at their annual meeting in June, the company said in a statement summarising board resolutions.

France, which owns 15 percent of Renault and backed the resolutions, has been pressing for a deeper tie-up with Nissan to ensure the carmakers` 19-year-old alliance can survive the eventual departure of Ghosn, its main architect.

President Emmanuel Macron said on Tuesday he was seeking a "clear road map safeguarding the interests of the company, the alliance and all of the French industrial sites".

Ghosn had earlier been expected to hand over the reins to a new CEO and move to a non-executive chairman role overseeing the Renault-Nissan-Mitsubishi alliance.

But the plan foundered on differences with the French state over the alliance`s future shape and direction, sources have said. Renault currently holds 43.4 percent of Nissan, which in turn controls Mitsubishi Motors via a 34 percent stake.

Both sides have sought to avoid a repeat of a bitter 2015 clash in which Macron - then economy minister - raised the government`s Renault stake to swing a shareholder vote and secure double voting rights.

Shareholders led by the state voted to reject the CEO`s compensation package the following year, and approved it only narrowly in 2017. But the government backed Ghosn`s salary at Thursday`s board meeting after he agreed to a significant cut, Finance Minister Bruno Le Maire said.

"The government voted for Carlos Ghosn`s pay because he accepted a 30 percent reduction," the minister told Agence France-Presse.

French officials had also been pushing Ghosn since the middle of last year to hire a second-in-command with the managerial and international clout to succeed him.

Independent board members including former Total boss Thierry Desmarest had voiced concerns about the recruitment process and its failure to identify external candidates, sources have said.

Desmarest, 72, resigned from the board last week but said in a subsequent company statement he fully supported the "strategy and governance of Renault".

Renault is scheduled to publish its 2017 financial results on Friday.