French carmaker Renault clung to its full-year earnings guidance on Tuesday, despite a 6 percent drop in quarterly revenue blamed on a slump in key emerging markets. 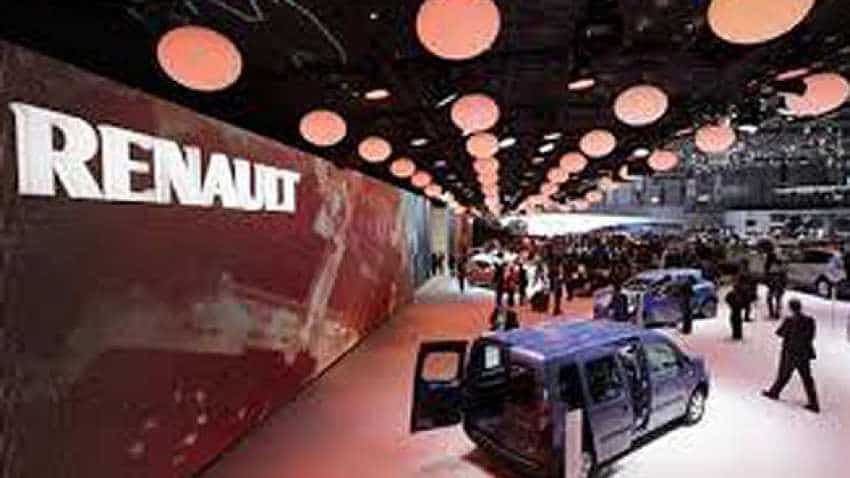 Renault shares were down 5 percent at 62.43 euros as of 0705 GMT, extending a 22 percent decline so far this year. Image courtesy: Reuters

PARIS: French carmaker Renault clung to its full-year earnings guidance on Tuesday, despite a 6 percent drop in quarterly revenue blamed on a slump in key emerging markets.

While avoiding a repeat of the profit warnings that have dented peers including Daimler and BMW, Renault also invoked "low visibility" for the rest of the year, sending its shares sharply lower in early Paris trading.

Compounding a sales decline in India, Renault suffered from currency and market slumps in Argentina and Turkey and the effect of its withdrawal from Iran. Registrations plunged by almost a quarter in the sales region encompassing those markets.

But the company reiterated 2018 goals including an increase in group revenue and an operating margin above 6 percent - playing down the impact of new emissions tests that have led to the withdrawal or suspension of some European models.

"I think we can say we`ve managed this challenge successfully," Chief Financial Officer Clotilde Delbos said on a call with analysts. The new tests "may still impact the business" in the fourth quarter, she cautioned.

The new Worldwide Harmonised Light Vehicle Test (WLTP) became mandatory on Sept. 1, forcing carmakers including Volkswagen and Renault to halt deliveries of some models that had yet to be re-certified.

The deadline triggered a rush of discounted sales in August, followed by a slump in September, with Renault among the most affected. WLTP disruption has been cited in profit warnings by BMW, Daimler and parts maker Valeo.

Renault shares were down 5 percent at 62.43 euros as of 0705 GMT, extending a 22 percent decline so far this year. Renault`s global registrations rose 2.9 percent in the quarter, boosted by a new commercial van partnership with China`s Brilliance. Excluding the joint-venture, registrations fell 1.7 percent globally and 10.4 percent outside Europe.

Analysts had expected revenue of 12.17 billion euros at group level and 10.92 billion in automotive excluding the Russian Avtovaz business, based on the median of eight estimates in an Inquiry Financial poll for Reuters.