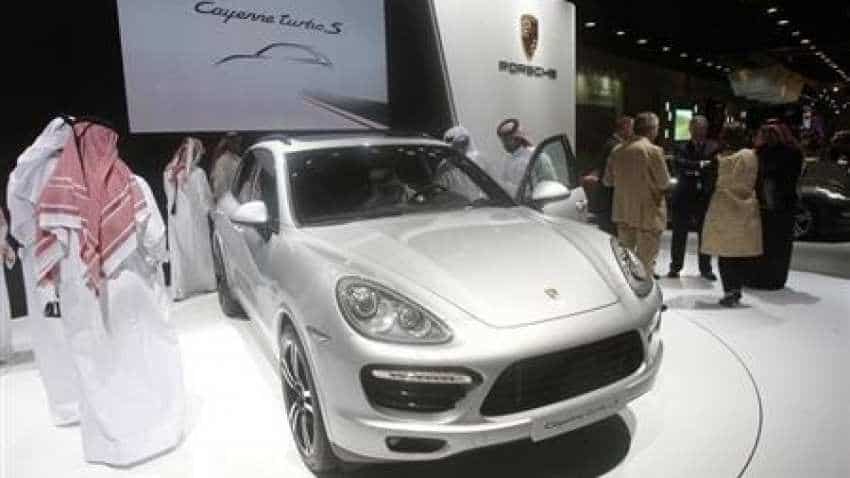 Porsche to recall over 42,000 cars - Here is the reason behind this step

Porsche launches 911 range in India priced at Rs 1.82 cr: All you need to know

Of the three variants, Cayenne is priced at Rs 1.19 crore, while Cayenne E-hybrid will come for Rs 1.58 crore. The Cayenne Turbo carries a price tag of Rs 1.92 crore. The Cayenne accounts for almost 45 per cent of the Porsche product portfolio in India.

"Since its initial launch, the Cayenne has been one of our most popular models in India, and I have no doubt that the third generation will continue this success story," said Pavan Shetty, director, Porsche India. The deliveries of the vehicles will begin from this month, he added.

Porsche India at present has six dealerships - Gurgaon, Delhi, Mumbai, Kolkata, Kochi and Ahmedabad - besides eight service centres across the country. According to a company source, the car maker has already seen as many as 100 bookings for the new offerings, which are to be delivered over the next three months.

Seeking a "stable" policy regime for the unhindered growth of the luxury car segment, Shetty pitched for a level-playing field for all, irrespective of their pricing or gorging. "The dream is to have a free market where you are treated on the basis of merit and not on pricing or origin or engine size," he said.

Frequent (policy) changes make it "difficult" for car makers to plan business for a longer time, Shetty said, adding the regulations need to be set and for a longer period. He was, however, quick to add that "the last four years have been quite stable and conducive to automotive business".

Noting that the growth for Porsche India has been stable in the last nine months, Shetty said he expects the same trend for the industry as a whole if it doesn't clock a minimum growth. The country's luxury car segment is expected to be around 40,000 units in 2018.

"The last two months have been a bit challenging. There are signs of stabilisation. The first six months' trend is not followed in the last two months. Overall, there looks to be 6-7 per cent growth. So, I think the luxury segment will not be radically different from that trend," he said.

"A lot of things have changed in the last two months, be it the cost of fuel, the rupee situation. So, we will have to see the impact of this on the overall growth," he said. The new Cayenne comes with a choice of V6 and V8 petrol engines, offering 340 hp and 550 hp.

Porsche to recall over 42,000 cars - Here is the reason behind this step

Porsche launches 911 range in India priced at Rs 1.82 cr: All you need to know