No Dhamaka! Leading up to Diwali, India snubs car-buying, but there is a silver lining

Leading up to Diwali, domestic passenger vehicle sales rose just 1.55 per cent in October. While flat sales in top festival season is a concern, the silver lining is that this gain has snapped three months of consecutive decline. 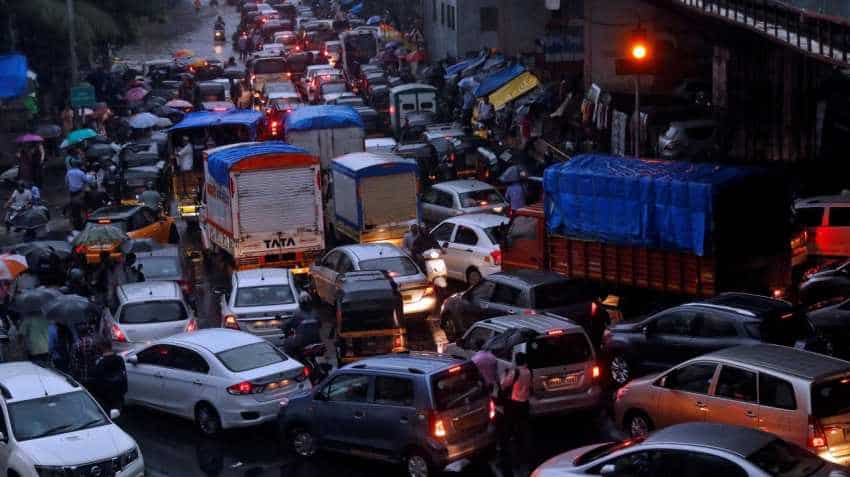 In July, August and September PV sales have declined by 2.71 per cent, 2.46 per cent and 5.61 per cent, respectively. Image Source: Reuters
Written By: PTI
RELATED NEWS

Leading up to Diwali, domestic passenger vehicle sales rose just 1.55 per cent in October. While flat sales in top festival season is a concern, the silver lining is that this gain has snapped three months of consecutive decline. Low market sentiments may also affect Diwali season demand, but the November data will be available in December.

According to the latest data released by Society of Indian Automobile Manufacturers (SIAM) on Friday, passenger vehicle (PV) sales in October stood at 2,84,224 units as against 2,79,877 units in the year-ago month.

In July, August and September PV sales have declined by 2.71 per cent, 2.46 per cent and 5.61 per cent, respectively. SIAM Director General, Vishnu Mathur, said positive growth in PV sales witnessed in October is reflective of the overall trend in the automobile industry.

Overall, the data shows pretty healthy growth. There is a positive movement in the automobile industry, he said. Vehicle sales across categories registered a growth of 15.33 per cent to 24,94,426 units from 21,62,869 units in October 2017.

On PVs, Mathur said, "The slow growth is mainly due to base effect besides other factors such as increase in insurance, high fuel prices and decline in stock market impacting sentiments."

When asked if those factors affected festive mood, Mathur said, "The real impact of festive sales will be known only next month as Diwali was in November this year. However, till the end of October, sales have been slow and it wasn't like festive season."

He, however, said SIAM was maintaining its growth forecast for PVs at 7-9 per cent for the fiscal. In the April-October period this fiscal, total PV sales have grown by 6.10 per cent to 20,28,529 units as against 19,11,883 units in the year-ago period, SIAM said.

SIAM Deputy Director General, Sugato Sen, said October PV sales were as per expectations and going forward the industry body expects it to pick up further in the remaining part of the fiscal.

Homegrown utility vehicle major Mahindra & Mahindra posted 2.75 per cent increase in its PV sales at 24,056 units in October. In October, car sales grew marginally by 0.38 per cent to 1,85,400 units last month as against 1,84,706 units in the same month last year.

"There is a strong demand coming from rural markets for motorcycles which is driving the sales growth to a large extent," Mathur said. During the month, market leader Hero MotoCorp saw its bike sales grow by 18.83 per cent to 6,42,374 units.

Indian Economy: CLSA highlights what growth will remain contingent on | In brief

FAU-G mobile game pre-registrations begin on Google Play Store: Here is what you need to do