New Ford Figo 2019: What has changed? What's special? From prices to tech specs, check all details here of facelift version 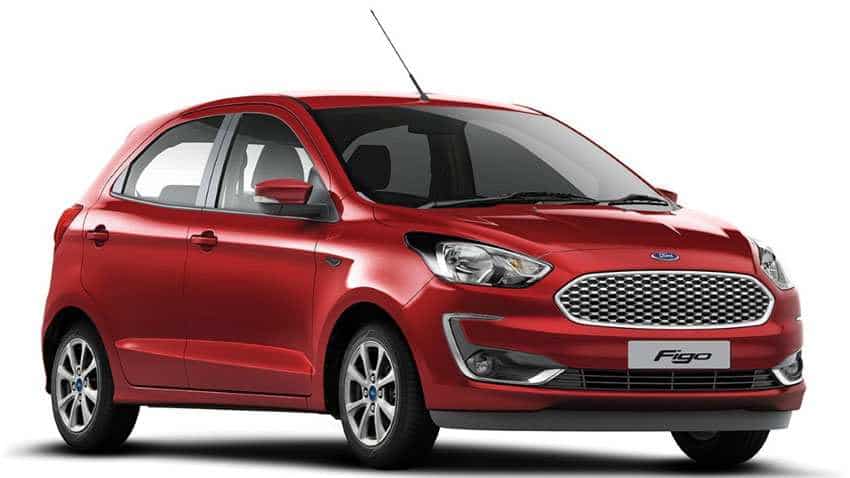 Will this New Ford Figo rule the roads and hearts of car lovers? Let's find out what all it has!
Written By: Prashant Singh
RELATED NEWS

Audi's traffic light sensor to relieve you from traffic stress

2018 Ford Freestyle First Drive: Is it a Figo in disguise? Find out

New 2019 Ford Figo launched: Are you one of those who were waiting for the facelift version of Ford Figo? If yes is your answer, then it's the time to put brakes on the long wait as the New Ford Figo is here in a new avatar. Reportedly, the New Ford Figo has been launched with over 1200 changes. The New Ford Figo will be available in three variants across two fuel options and seven colours. This includes a top-of-the-line Figo Blu with cellular grille, new 15 inch alloys, dual tone roof, blue themed interiors and a segment-first six airbags. Also, the facelift version of Ford Figo boasts of segment-best safety. Will this New Ford Figo rule the roads and hearts of car lovers? Let's find out what all it has - Here are New Ford Figo prices, variants, images, interior and exterior details, specifications, features, technical details, colours, mileage, power, style, safety, infotainment, service, warranty, and more:- 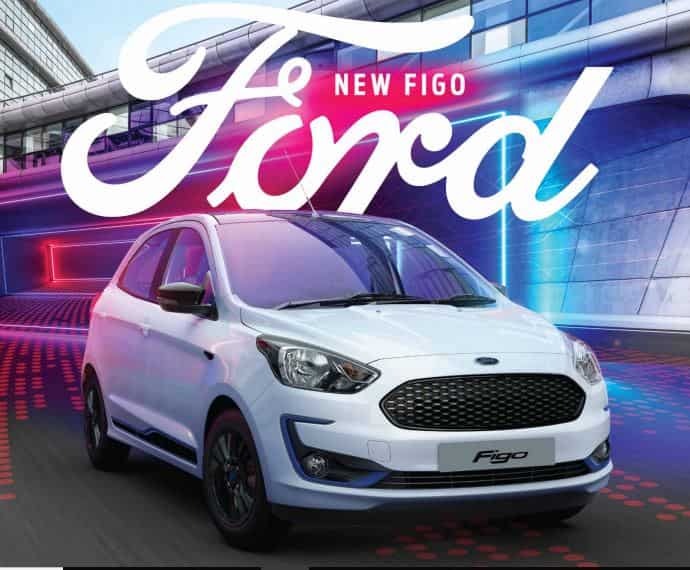 Both petrol and diesel engines in the New Ford Figo are paired with a five-speed manual transmission that’s almost 15% lighter and helps improve fuel economy while reducing NVH (Noise, vibration, and harshness). It also requires 40% lesser gear oil than its predecessor.

For greater power, the New Ford Figo is also available with a six-speed Automatic Transmission. Paired to the latest 1.5L Petrol, three-cylinder engine, the Automatic Figo will deliver a peak power of 123 PS and fuel economy of 16.3 KM/L.

According to the carmaker, "All three engines will be the most powerful in their respective categories."

- The fog lamps in the new Figo are integrated into the front bumper and will come with a chrome and Blue touch, depending on the trim.

- With blue and charcoal black interiors, the inside of new Figo is equipped with push-button start/stop, reverse parking sensors and camera,  automatic climate control and USB slots. 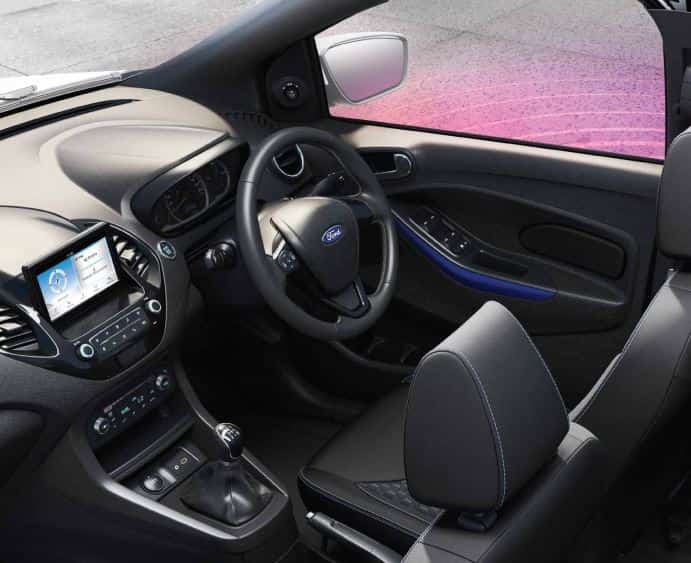 COLOURS: Available in these colours 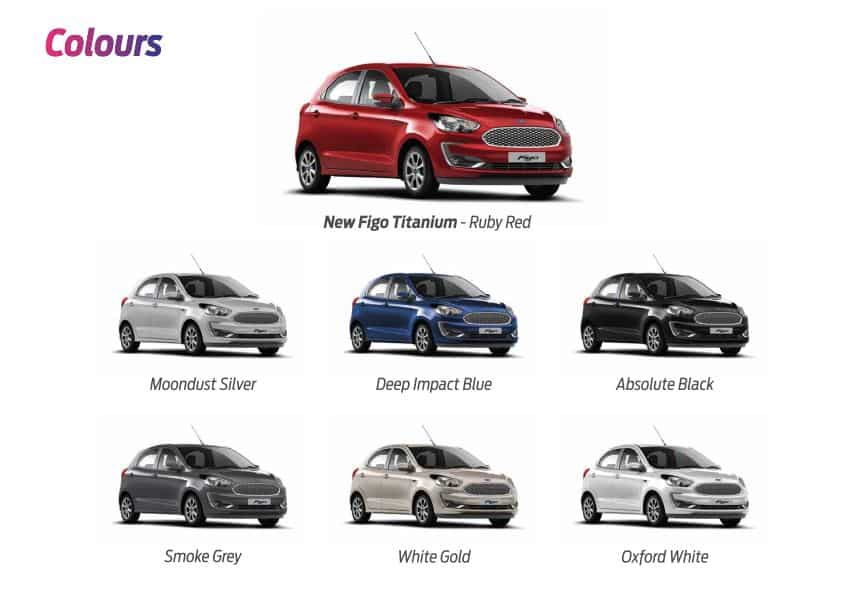 - For greater safety, it will offer up to six airbags on top Blu edition.

The new Ford Figo is equipped with a 7-inch homegrown infotainment system with touchscreen and built-in navigation. 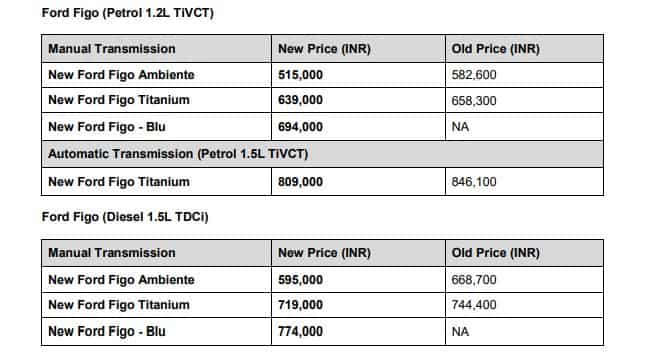 Speaking on the launch occasion of the new Ford Figo, Anurag Mehrotra, president and managing director of Ford India, said, “Suited for the fast-paced lifestyle of today’s customers, the 2019 Ford Figo continues to surprise on every count - be it looks, the fun of driving attributes, safety and not to miss, the most-affordable ownership experience.” 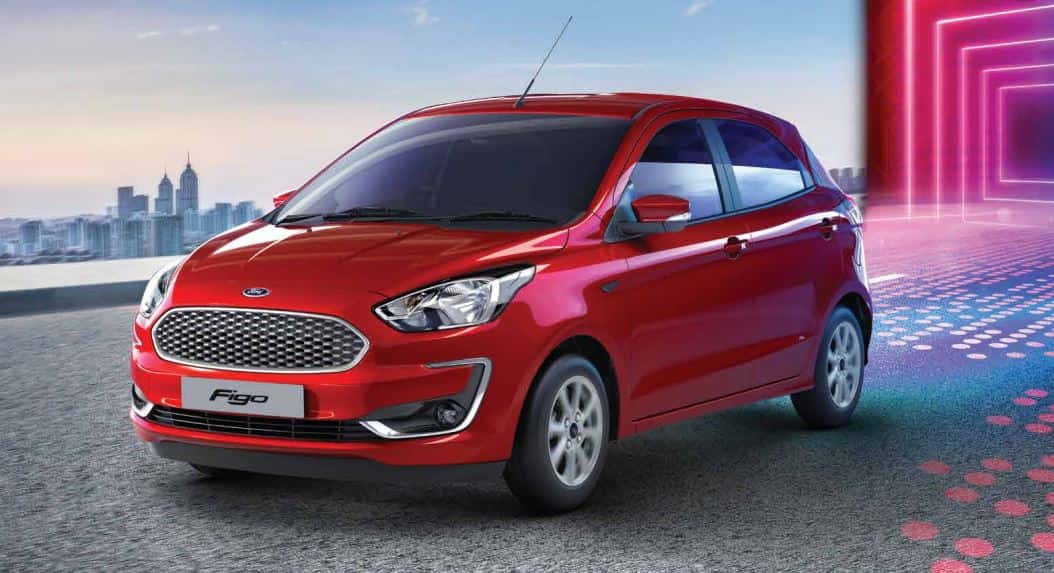 Ford in India manufactures and exports automobiles and engines made at its integrated manufacturing facility in Chennai, Tamil Nadu and Sanand, Gujarat.

Audi's traffic light sensor to relieve you from traffic stress

2018 Ford Freestyle First Drive: Is it a Figo in disguise? Find out